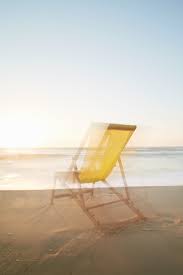 If you are in recovery and you have been on a beach, in a boat, at a sport event or in any type of restaurant this summer you have seen the “White Claw”…the thing took over the drinking scene this summer and it was the talk of most of my friends.  Every year when summer rolls around I get a bit anxious because all the “fun” drinks come out and they are everywhere you go.  This summer I would have to say has been the hardest yet, all my friends had a White Claw in their hands everywhere we went! There wasn’t an event that didn’t have those drinks laying out in plain sight.

This was the first summer where I had to have constant contact with my sponsor and my meetings.  For some reason I had the urge to constantly want to join in on the “fun” my friends were having.  Until one night late July…I got a call from one of my girlfriends saying she can’t stop and drinking isn’t fun for her anymore.  I asked her what she had been drinking and how I could be of help.  Low and behold she was on her 3rd pack of White Claw.  She had been drinking since noon and just kept drinking because the drink had lost its fun and she was chasing that good time she had the weekend prior while drinking with her friends on the beach.  It was right then and there that I knew why I stayed sober, because the fun ends when you can’t stop…it becomes a prison.  We talked for hours about how her drinking started and how she felt she needed to stop.

I learned so many great things from that conversation…the first and most important thing was that I was open and honest about being in recovery so I was someone she could come to for help.  The second, I kept thinking all my friends were having so much fun drinking these drinks when in reality some of them were stuck in hell trying to stop drinking these new “fun” drinks.  I realized how much the program of recovery had saved me from picking up the drink that was so much fun, or so I thought.  I came to a deeper understanding that while people may look like they are all smiles and happy they could be fighting a battle on the inside.  I learned…temptation is hard to fight but the battle fighting it has a better outcome than giving in.  I look back at my summer and think wow, I did have a fun summer and I did it without drinking or giving into the urge of “the claw”.  Things aren’t always as they seem, stay on the path and stay close to those in recovery to help build you up!