One in three addicts globally are women, but only one in five are in treatment. 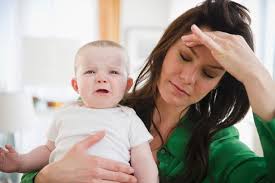 While one out of three drug users globally is a woman, only one out of five drug users in treatment is a woman,said Yury Fedotov, the executive director of the United Nations Office on Drugs and Crime (UNODC), speaking on the International Day Against Drug Abuse and Illicit Trafficking last week.Women across cultures are deterred from seeing drug treatment, as they are faced with “significant systemic, structural, social, cultural and personal barriers in accessing substance abuse treatment,” according to the 2015 World Drug Report released by the UNODC.

The most significant obstacles for women, the report notes, include the lack of childcare as well as punitive attitudes towards mothers and pregnant women. As a result, women are more hesitant to seek treatment for fear of losing custody of their children or having to give up their children as a condition of treatment.According to the report, a major difference between men and women with substance use disorders is that women tend to have more exposure to childhood and adult trauma, interpersonal conflicts, or come from families where one or more family members is also drug dependent.

Gender differences also affect the general likelihood of abusing certain drugs. Women are more likely to abuse prescription opioids and tranquilizers, while men are three times more likely than women to use cocaine, marijuana, and amphetamines. Many treatment programs do not take women’s needs into account, the report says: “Gender disparities in access to substance-use treatment have mainly been associated with the limited availability of services tailored to meet the specific needs of women in treatment.”

Lack of childcare services for women seeking treatment is part of the reason why it’s more difficult for women to leave their homes and families to enter residential treatment programs. Read more “the fix”…