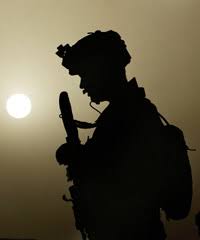 For thousands of service members who use opiates to manage chronic pain from war injuries, the road to dependence and addiction can be paved with compassion.

Whether that comes in the form of caregivers providing extra pills to help alleviate pain or medical professionals increasing the dose of powerful pain medications like Oxycontin, the reality is that pain management can be a slippery slope to addiction.

Now some compassion may come from the Department of Defense, which will begin next month to allow the use of opiate replacement therapies – methadone is the most well-known among them – for long term treatment of opiate addiction. Previously, such therapies were available only for short-term detox.

Opiate replacement therapy is common in addiction treatment programs and is also available through the Veterans Administration. It replaces one opiate drug such as heroin or Oxycontin with a longer acting but less euphoric opioid like buprenorphine or naloxone.

The replacement drug relieves many of the withdrawal symptoms that can lead to drug seeking behavior or misuse.

In its discussion of the rule change, the Department of Defense noted that to continue to exclude medication assisted therapy is “outdated” and “fails to recognize the current standard of practice.” Article Link…