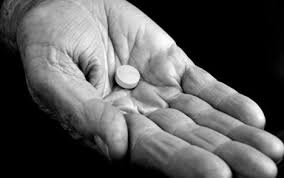 On the surface, the 39-year-old construction worker looks like any other patient with back pain. He came to the Washington, D.C., emergency room, where I work, in severe discomfort after moving heavy cinder blocks a few days before.

The pain gets worse with twisting and bending, but he has no numbness or weakness in his legs. There’s no tenderness along his spine, no difficulty urinating, no fever, so there’s nothing to suggest a fracture, infection, spinal cord mass or anything other than a muscle strain.

The resident I’m supervising orders a Percocet pill, a sensible option we choose almost every day. But the patient refuses when the nurse offers it to him.

That’s strange. On an average eight-hour shift in the ER, I see dozens of patients in pain. Sometimes, the pain is caused by a chronic condition like arthritis. Other times, it’s an acute episode of muscle strain or a broken tooth.

Every patient in pain wants relief from it. Often, people ask for narcotics by name: Percocet, Vicodin, oxycodone and Dilaudid.

I was curious why this man was the exception. “That stuff messed me up bad,” he tells me. In his early twenties, he’d had a similar episode of back pain after heavy lifting. Doctors prescribed opioid painkillers. He soon found himself addicted to them. He went from doctor to doctor to get prescriptions, then turned to buying drugs on the street. It took him 10 years to get clean.

His first exposure to narcotics had been in the ER. I can imagine myself as the well-intentioned doctor who aimed to take away his pain, not knowing the consequences that would follow. I began to wonder how many other patients I’ve prescribed narcotics to end up following the same path as this patient.

At first, I dismissed this possibility as preposterous. Physicians routinely order narcotic medications for patients in pain. It’s not an unreasonable thing to do. After all, the pain is so bad the people come to us seeking emergency care. We doctors want to relieve their suffering.

In the ER, we meet patients for single encounters, and don’t have time to track down whether they’ve received prescriptions from other hospitals. Besides, when patients demand pills, we don’t usually give them more than a few days’ worth.

Philip Seymour Hoffman’s death raised renewed questions about drug addiction. I was horrified to learn that nearly one-third of people who used drugs for the first time began by using a prescription drug. Prescription painkillers are just as deadly as street drugs, according to the Centers for Disease Control and Prevention. In fact, they kill six times more people each yearthan heroin does.

In the meantime, narcotic prescriptions are multiplying. In 2009, pharmacies dispensed 257 million prescriptions for opioid painkillers — one for every adult American, and a 50 percent increase from 2000. While the U.S. makes up less than 5 percent of the world’s population, Americans consume 80 percent of its total opioid supply.

Why are so many people receiving medications that have such high potential for abuse and overdose? While some patients are addicts shopping for doctors who will prescribe narcotics, most are seeking relief from pain, unaware of the risks of opioids.

And while there may be some doctors who knowingly prescribe too many painkillers, most are like me and struggle with how to responsibly help patients in pain without driving them to addiction.

There are some policies that attempt to reign in chronic abusers. New York City has limited ER providers to giving no more than a three-day supply of opioid pain medications. Many states have prescription drug monitoring programs that track narcotic prescriptions obtained from different providers.

Fewer resources exist to assist the majority of people who have discrete episodes of pain. Patients need to know that requesting narcotics as a quick fix to pain helps fuel the epidemic of prescription drug abuse. Many symptoms get better with time, and there are nearly always alternatives, including physical therapy and over-the-counter pain relievers.

Doctors also need resources to enable us to address patient expectations while upholding our oath to first do no harm. Hospital policies can help, with limits on the amount of narcotics prescribed and prompt follow-up with pain specialists. Some patients will still end up with narcotic prescriptions, but others, like the construction worker with an aching back, will decide to tough it out.

“I know what that stuff can do to you,” he says. “I’d rather deal with the pain.” Article Link…