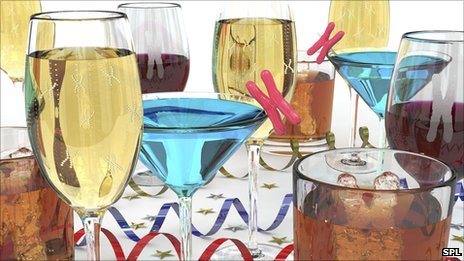 We know that drinking too much alcohol is bad for us. It gives us hangovers, makes us feel tired and does little for our appearance – and that is just the morning afterwards.

Long term, it increases the risk of developing a long list of health conditions including breast cancer, oral cancers, heart disease, strokes and cirrhosis of the liver.

The direct link between alcohol and the liver is well understood – but what about the impact of alcohol on other organs?

However, drinking more than three drinks a day has been found to have a direct and damaging effect on the heart. Heavy drinking, particularly over time, can lead to high blood pressure, alcoholic cardiomyopathy, congestive heart failure and stroke. Heavy drinking also puts more fat into the circulation of the body.

The link between alcohol and cancer is well established, says Cancer Research UK. A study published in the BMJ this year estimated that alcohol consumption causes at least 13,000 cancer cases in the UK each year – about 9,000 cases in men and 4,000 in women.

Cancer experts say that for every additional 10g per day of alcohol drunk, the risk of breast cancer increases by approximately 7-12%.

For bowel cancer, previous studies show that increasing alcohol intake by 100g per week increases the cancer risk by 19%.

A recent report in BioMed Central’s Immunology journal found that alcohol impairs the body’s ability to fight off viral infections.

And studies on fertility suggest that even light drinking can make women less likely to conceive while heavy drinking in men can lower sperm quality and quantity.

Why alcohol has this negative effect on all elements of our health could be down to acetaldehyde – the product alcohol is broken down into in the body.

Acetaldehyde is toxic and has been shown to damage DNA.

Dr KJ Patel, from the Medical Research Council’s laboratory of molecular biology in Cambridge, recently completed a study into the toxic effects of alcohol on mice.

His research implies that a single binge-drinking dose of alcohol during pregnancy may be sufficient to cause permanent damage to a baby’s genome.

Foetal alcohol syndrome, he says, “can give rise to children who are seriously damaged, born with head and facial abnormalities and mental disabilities”.

Alcohol is a well-established cancer causing agent, he says.

“You cannot get a cancer cell occurring unless DNA is altered. When you drink, the acetaldehyde is corrupting the DNA of life and puts you on the road to cancer.

“One of most common genetic defects in man is our inability to counteract the toxicity of alcohol.”

Dr Nick Sheron, who runs the liver unit at Southampton General Hospital, says the mechanisms by which alcohol does damage are not quite so clear cut.

“The toxicity of alcohol is complex, but we do know there is a clear dose relationship.”

With alcoholic liver disease, the greater the alcohol intake per week the greater the liver damage and that increases exponentially for someone drinking six to eight bottles or more of wine in that period, for example.

Over the past 20 to 30 years, Dr Sheron says, deaths from liver disease have increased by 500%, with 85% of those due to alcohol. Only in the last few years has that rise slowed down.

“Alcohol has a bigger impact than smoking on our health because alcohol kills at a younger age. The average age of death for someone with alcoholic liver disease is their 40s.”

‘More harmful than heroin or crack’

Alcohol is undoubtedly a public health issue too.

At the same time the charity Alcohol Concern predicted the number of admissions would reach 1.5m a year by 2015 and cost the NHS £3.7bn a year.

Last year, a study in The Lancet concluded that alcohol is more harmful than heroin or crack when the overall dangers to the individual and society are considered.

The study by the Independent Scientific Committee on Drugs also ranked alcohol as three times more harmful than cocaine or tobacco because it is so widely used.

So how much alcohol is too much? What can we safely drink?

The government guidelines on drinking are being reviewed at present. They currently say that a women should not drink more than two to three units of alcohol per day and a man three to four units a day.

But Paul Wallace, a GP and chief medical adviser of Drinkaware, says people are just not aware of the alcohol content of a large glass of wine.

“Most of us don’t realise what we’re drinking and you can very easily slip beyond acceptable limits.”

Katherine Brown, head of research at the Institute of Alcohol Studies, says the current guidelines and how they are communicated may be giving the public misleading information.

“We need to be very careful when suggesting there is a ‘safe’ level of drinking for the population. Rather, we need to explain that there are risks associated with alcohol consumption, and that the less you drink the lower your risk is of developing health problems.

“We hope the government use this as an opportunity to help change perceptions about regular drinking being a normal, risk-free practice.”

Dr Wallace wants the government to do a better job on the message it sends out by explaining the alcohol guidelines in units per week, rather than per day – no more than 21 units for men, 14 units for women per week.

Dr Sheron agrees: “There is no such thing as a safe level, but the government has got to draw a line somewhere. It’s a balance.

“People like having a drink, but they have to accept there’s a risk-benefit ratio.”