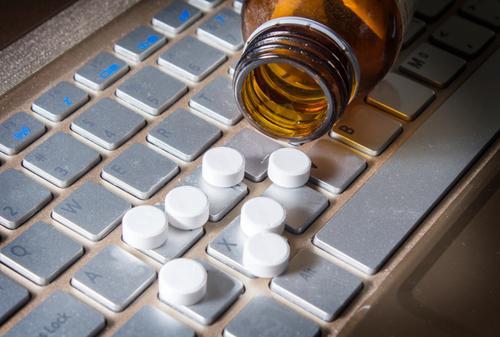 Through likes and comments, I’ve watched my hometown of Perry, Ohio, disappear into and come back from heroin addiction.

The U.S. is facing a massive heroin epidemic, and nowhere is it more evident than in Ohio, where fatal drug overdoses surpassed car crashes as the leading cause of accidental death in 2007, and increased by 60 percent from 2011 to 2012. Addicts in rehabilitation say heroin is the easiest drug to find. State legislators have called for Republican Gov. John Kasich to declare the prevalence of heroin apublic-health emergency, and in May he agreed to an Obamacare Medicaid expansion largely because the state badly needed the federal help in funding treatment for heroin addiction.

Perry, Ohio, is a microcosm of the epidemic, which is now infiltratingupper-middle-class suburbs. Thirty minutes east of Cleveland, the town of 1,500 has a median annual income $31,000 higher than that of Ohio overall, but it also lacks opportunities for young adults to start their lives. With the exception of the technical jobs offered by the nuclear power plant — a definitive feature of the town — those without a college degree travel to neighboring towns to work in retail or service industries, and those with a degree rarely return. When I graduated high school six years ago, most of the people in my class left Perry for college, but many of those who stayed behind eventually turned to heroin to cope with their anxieties about the future. Addiction to the drug is growing most quickly among people between the ages of 18 and 25, like the friends who fell off my Facebook timeline as their lives became absorbed by their addiction.

Over time, I forgot about many of these people as I made new friends and experienced new things, and as my Facebook feed became populated with photos of frat parties and college football games. While I photo-bragged about crazy beer fests or complained about all-nighters at the library, they posted less and less. As they turned away from friends and family in real life for fear of negative feedback, they turned away from Facebook, too. Richard Foster, the executive vice president of treatment programs for Gateway Rehabilitation Center in Pennsylvania, says active addicts are “not talking to family and friends, and they’re not posting on social media about their struggles.” In active addiction, he says, they are still in denial, usually turning back to their friends, family, and social media only when they are in stages of recovery and proud to share it.

Now, I’m seeing their names pop up for the first time in years, with posts like “48 hours of sobriety and all I’ve gotten is this lousy t-shirt,” and messages of encouragement filling the comments. In contrast to the usual slew of carefully choreographed photos of graduations, vacations, and weddings, the raw honesty of these posts is striking. For heroin addicts, who must cut ties with their communities of users as part of recovery, Facebook is both a support system, connecting them back to relationships they had before their addiction, and a venue that helps others understand the fragility of the recovery process. For some in Perry who struggle with heroin addiction, Facebook is a way to call for help and support. For those of us who have left, their posts are stark reminders of the reality of the problem ravaging our quaint hometown.  Read more…