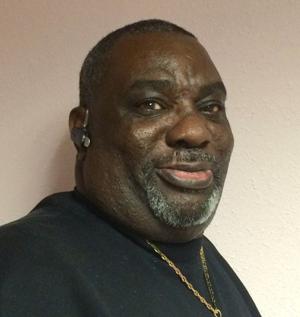 ELKTON — Ray Warwick grew up fast on the streets of West Philadelphia.

“I was 8 when I had my first taste of wine on the corner with the fellas,” he said. “I was peer pressured. All the boys were passing it around and at first I said, ‘No,’ but after that, it was on.”

Warwick said he remembers getting sick after that first instance, but it didn’t stop him from drinking, saying it was too much a part of the inner-city culture at the time.

While he began dabbling with drinking and smoking marijuana, Warwick was also a fairly good student and four-sport athlete in high school, playing football, basketball and baseball while also running track.

“I was a good student. I can count on one hand how many days of school I missed from kindergarten to graduation,” he said. “I loved going to school.”

Warwick was serious about his athletic commitments, and his friends were too. They prepared hard and wanted to win every game played, but afterward, his nights were filled with partying and celebrating, he said.

Three days after he graduation high school, Warwick volunteered for the U.S. Marine Corps during the throes of the Vietnam War.

“I liked fighting, because that was how I grew up,” he said. “I figured I would get paid doing it.”

Once overseas, however, Warwick found that his addiction quickly grew. Stationed in far-off places like Okinawa, Japan; Singapore; and Thailand, he found himself in contact with drugs like cocaine and hash in a much purer form. Flush with American cash, the ability to buy the cheap drugs was easy.

“They had houses overseas where you could go in, sit down and they would bring the drugs to you,” he said. “And it was legal.”

His drug addiction began there but grew worse in the fields in Vietnam, where villagers would bring drugs to American soldiers.

“I used the drugs so I wouldn’t be scared. I was 18 and overseas fighting,” he recalled. “That was the easiest way to deal with life. You never knew when you had to shoot someone or when someone would shoot at you.”

When he returned home in 1974, Warwick said, the Department of Veterans Affairs did not provide adequate resources to treat addiction in GIs. He went to work at the sanitation department, where he found that a lot of his co-workers drank excessively or smoked marijuana. His addiction crept back in, and by the early 1980s, he began using cocaine again, switching to smoking it after a friend coming back from overseas showed him how.

Once he began using excessively, Warwick’s coworkers noticed changes in his appearance and attitude. He was told to attend a 30-day rehab or he would be fired.

“I never had intentions of stopping though, I just went to save my job,” he said. “I didn’t think I had a problem. I didn’t see it.”

After coming back, Warwick tried to substitute other drugs for cocaine, but that change was short-lived. In the late 1980s, he lost his job and his apartment as his addiction grew, and he ended up living on the streets.

On July 7, 1992, Warwick was on the block where his parents lived when his father said something he’s never forgotten.

“He said, ‘If I see you on this block again, I’ll kill you. I’m tired of you hurting your mother,’” Warwick said. “My brother also told me I couldn’t stay with him. That woke my eyes up.”

Despondent from being spurned by his family, Warwick went to a rehab program the next day. It was a group program, where 12 or 15 men all lived together, ate together and paid their way.

“I was down to 146 pounds, the smallest I’ve ever been. I scared myself,” he said. “The program opened my eyes to what I had become.”

“I won’t lie, I liked going because of the girls there,” he said. “But then one day I heard someone share my story. It sounded like me.”

Hearing that speaker talk about experiences similar to his own opened Warwick’s eyes once again to the possibilities in recovery. The next meeting — and every meeting since — he has sat in the front row to give his attention to the speaker.

He has a sponsor and has sponsored numerous other people in the program.

“You’re close to you sponsor or sponsoree, but you can’t keep everyone clean,” he said, noting that several of the people he’s sponsored have relapsed over the years. “You can’t make a person want this.”

For a long time, Warwick stopped sponsoring others due to the pain of watching a sponsoree relapse.

“My sponsor told me I couldn’t sit out any longer, because I have too much to share,” he said. “I asked God for help in watching over others.” Read more…