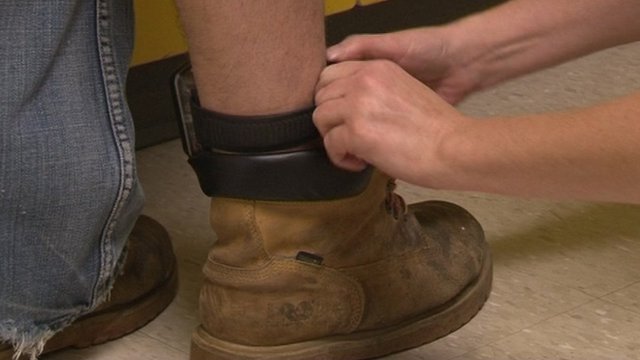 Problem drinkers in London are to be given American-style sobriety tests aimed at keeping them dry.

The pilot scheme has been given the go-ahead by the Ministry of Justice to use a concept copied from South Dakota, US.

Those convicted of serious drink-related offences, like assault or criminal damage, will be offered the 24/7 Sobriety Programme as a sentencing option instead of prison.

Electronic tags will be used to monitor alcohol in the blood.

It involves technology that has never been used before in the UK.

Those behind the scheme say if offenders do not curb their drinking they will receive a short prison sentence.

The idea has been criticised both in the UK and the US as being draconian and an ineffective way of treating genuine alcohol issues.

The plan has been supported by the Deputy Mayor of London, Kit Malthouse, who heard about the programme and has been looking at how to adapt it for UK use.

“We’ve got a major problem and our primary concern is to remove the alcohol from the picture,” he said.

“Using the bracelets (electronic tags) participants will be tested every half an hour to make sure they haven’t been drinking.

“The area of most concern is around alcohol-related violence and we’d like to see the people involved forced to be sober for a while.

“But also in the home in domestic violence cases, where alcohol plays a very big part, we’d like to remove the alcohol and hopefully remove the violence as well.

“This is for people who have been convicted of a crime, not for alcoholics. We think this is a cheaper, more effective disposal than sending them to prison.”

In South Dakota the scheme gives drinkers self-funded daily breath tests to prove that they are sober.

Failure can mean an instant spell in prison.

If they live in an area where the tests are not possible then the alcohol bracelets are used.