Tom Hardy has admitted becoming a father was the only thing that saved him from the drink and drugs addiction that threatened to ruin his life. 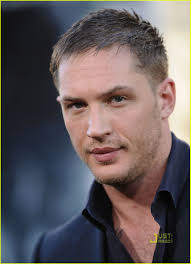 The London-born actor – who has achieved worldwide fame as the star of films such as The Dark Knight and Locke – has been cast as Elton John in upcoming biopic Rocketman.

Additionally, Tom will headline new Sky Atlantic drama Bluebell, which he wrote with his novelist father, but his early success didn’t prepare him for daily life.“I had no idea how to handle the industry, to interact with producers, executive producers, studios… I was 24 – punching above my weight,” he told the Metro newspaper.“And it’s taken being someone’s dad, being divorced, going to rehab, having mortgages, playing different characters, doing theatre, waiting and then it not happening. And then doing rather well at something, enjoying my character work, but it not being a huge amount of money.”His son Louis was born in 2008 from his relationship with ex-girlfriend Rachel Speed, and Tom was married to Sarah Ward from 1999-2004.Although he battled addiction in his 20s, the 36-year-old has been sober since 2003.“My personal journey to becoming an actor was one of desperation. Like, ‘This boy has to do something or he’ll end up in jail’,” he continued.

“Becoming an actor was not very far from what I was doing, but now I’ve found a medium where I can channel that into more constructive means, which is art and acting.”Rumours have recently surfaced that Tom is in talks to play both Kray twins in a new biopic of the notorious mobsters Ronnie and Reggie, but he has said he will be taking time away from Hollywood soon to focus

on the small screen.He has joined the cast of BBC hit show Peaky Blinders, where he will be working with his fiancée Charlotte Riley.After his troubled experience he tries to consider how he can help rather than impress when invited to parties, adding: “Now I’m not white knuckle.” Article Link…