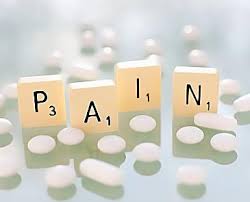 Youth and drug experimentation is not a new concept. Taking health and legal risks to access a brief escape

from reality was certainly prevalent in the 1960s. But according to experts, today the stakes are even higher because of the widespread availability and highly addictive nature of opiates and heroin that has resulted in what many are calling an epidemic.

In response to the crisis, The Task Force on Heroin and Other Opiate Use by New Jersey’s Youth and Young Adults was established in April. The task force currently is developing recommendations based on a series of public hearings that concluded in October.

While there are many reasons that teens and young adults take the risks associated with drug use, the resounding reason for the current crisis of heroin and prescription opiate addiction appears to be related to a systemic problem in American culture, according to a number of experts around the state.

“From a macro perspective, we live in a culture where medicine, in the form of a pill, is an accepted source of quick relief,” said John Hulick, executive director of the Governor’s Council on Alcohol and Drug Abuse.

Hulick and others working in the field agree that the availability and lack of understanding about the highly addictive nature of prescription pain killers has set the stage for disaster.

To help better that understanding, Empower Somerset is sponsoring a presentation on Friday about trends in drug abuse in the state with guest speaker Douglas S. Collier, who is a public information officer for the state division of the Drug Enforcement Agency..

Collier has conducted investigations targeting international heroin and cocaine networks, money launderers, and organizations involved in trafficking steroids and other dangerous drugs. He was featured on MSNBC and the Discovery Channel in television programs including “Drugs Inc. — Heroin” and “Heroin Nation.”

It can start at home

According to Brenda Pateman, Somerset County coordinator for Alcohol and Drug Abuse Prevention Services, many young people begin with abusing pharmaceuticals that they find in their medicine cabinets at home or purchase on the streets. Then they move on to heroin, which she said has become extremely available, cheap and pure.

“In this state, because of our ports, heroin is abundant. It is also extremely pure and therefore highly addictive, it only takes a few uses to get addicted,” she said, adding that as the drug circulates into other parts of the country, drug dealers “step on it” or dilute it.

Brenda Esler, executive director of Empower Somerset, an organization focused on community education about alcohol and drug addiction, agrees that the dependence on prescription pain killers is not surprising considering our culture’s attitude toward prescription drugs in general.

“You definitely see people with legitimate prescription drugs progress to addiction,” she said. “In our culture, there is this perception that prescription pills are safe. They may be manufactured by pharmaceutical companies, but the consequences can still be fatal.”

From Pateman’s perspective, the reasons for using drugs range from: curiosity, wanting to fit in with peers, feeling invincible, the media’s portrayal that drugs are acceptable, young people seeing their friends on Facebook getting high or drinking, and living in a situation where there is no family intervention.

She also believes that the economy could be a factor.

“When someone is feeling like they have no purpose or have a lot of down time because they can’t find a job, that situation can lead to substance abuse,” she said.

Eric Fox agrees that the widespread availability of prescription pain killers is at the heart of the current crisis. Fox is the managing director of the Mendham-based Day Top, a residential treatment center for teens ages 13 to 19.

“The general trend is that medication is readily available for pain for any number of procedures, illnesses or discomfort they may have,” Fox said.