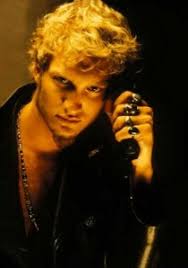 Perhaps it’s the fact that they never had a genuine crossover hit in the shape of “Smells Like Teen Spirit” or “Black Hole Sun,” or maybe it’s because their constant themes of depression, suicide and drug addiction were just too dark and nihilistic for some, likewise Layne Staley’s long-running and eventually fatal battle with heroin, but Alice In Chains are often overlooked when it comes to the influence of the Seattle grunge scene.

Indeed, despite arriving on the scene earlier than most of their peers, scoring two Billboard number one albums and receiving eight Grammy Award nominations during their troubled career, it’s Nirvana, Pearl Jam and Soundgarden who are widely considered to be the genre’s holy trinity.

And yet without guitarist Jerry Cantrell’s punishing riffs, Staley’s brooding vocals and an ability to effortlessly straddle the worlds of metal, alt-rock and punk, a whole generation of guitar bands would cease to exist.

In fact, there are very few alt-metal bands who could deny being indebted to Alice In Chains’ 1990 debut Facelift. A resolutely gloomy affair intended to reflect the brooding atmosphere of their hometown, it became a slow-burning hit after the band courted fans of both mainstream rock acts by supporting Iggy Pop, Poison and Extreme and metalheads Anthrax, Megadeth and Slayer by performing on the Clash Of The Titans tour.

Like Kurt Cobain, Staley never felt particularly comfortable under the spotlight and yet despite the tough subject matter of 1992’s career-defining Dirt, Alice In Chains continued to penetrate the mainstream with an appearance in Cameron Crowe’s rom-com Singles, an MTV Video Music Award for their contribution to its soundtrack, “Would,” and  on Ozzy Osbourne’s tour and the Lollapalooza festival.

And by the time acoustic E.P., Jar Of Flies, soared to the top of the Billboard charts, spawning a first Mainstream Rock number one in the process (“No Excuses”), the band appeared poised to become one of 90s rock’s biggest success stories. However, although 1995’s self-titled third effort continued their chart-topping streak, it was to be their last ever studio release in their original incarnation.

An MTV Unplugged session and four dates supporting Kiss briefly papered over the cracks but Staley’s drug addiction, which turned him from the frontman of one of America’s biggest bands to a virtual recluse, meant that they never got the chance to truly capitalize on their success.

His increasingly desperate situation even inspired close friend Eddie Vedder to write the 1996 track, “Off He Goes,” an understandably solemn ballad which confessed to the concerns he had over Staley’s well-being. Six years later, his fears came true when the man who helped Alice In Chains sell over 25 million records worldwide was found dead in his  from an overdose.

The band’s status may have been on the wane for over half a decade but ironically, at the time of his death, the charts were chocked full of bands who were quite obviously influenced by their bleak metal sound. Creed had just consolidated their status as one of rock’s most popular acts with a more melodic take on Alice In Chains’ style, with No.1 album Weathered, Nickelback were on the verge of conquering the world with a similar watered-down spin on grunge, whilst Staind were in the process of recording 2003’s 14 Shades Of Grey, which featured the tribute song, “Layne.”

Avenged Sevenfold, Hurt and Tantric also helped to  their legacy, but several more established bands, many of whom arrived on the scene long before AIC, also admitted how much they viewed the group as an inspiration. Metallica recorded an ode to Staley (“Rebel Of Babylon”) on their Beyond Magnetic E.P. after citing the band as a major influence on 2008’s Death Magnetic. Godsmack founder Sully Erna hailed Staley as one of the reasons he became a rock singer, while Opeth, Dream Theater and Grave all regularly covered some of their biggest hits whilst on tour.

Of course, having recruited new vocalist William DuVall in the mid-00s, Alice In Chains are once again a fully-functioning band. But even if they achieve greater commercial heights, they’re unlikely to create the same influential impact as they did in their early 90s heyday. Article Link…