Philip Seymour Hoffman’s death yesterday was not an isolated incident—death by overdose is an all too frequent result for the relapsing addict. Clean time decreases tolerance while cravings remain the same. 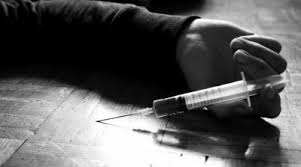 It came as a shock to all of Jennifer’s friends and family when she was found dead last February. She had just been released from rehab only two weeks before, and had celebrated two months of sobriety after being in and out of twelve-step programs for years. “She was such an awesome girl,” says John, a 30-year old recovering alcoholic who remembers Jennifer for her big personality and love of adventure. John is four years sober himself and met Jennifer when they had the same amount of sober time. “It was hard when she relapsed but we just thought she’d back. She always came back to AA.“

Unfortunately for Jennifer, her final relapse included using heroin again, a drug she thought she had kicked for good. “I guess that’s what did it,” John explains. “It has been such a long time since she had done heroin and then she mixed it with drinking and some other shit, and… well, it should have never happened.”

But for many recently relapsed addicts, overdose is an all too frequent occurrence. Having gotten some time off of using, their tolerance to drugs and alcohol is decreased while their cravings remain the same. According to Dr. David Sack, CEO of Elements Behavioral Health which owns and operates treatment centers such as Promises and The Ranch, it is this combination that proves fatal: “The greatest risk to a person who is in early treatment and who relapses is the threat of overdose because they have no tolerance but also they often have poor judgment in how much they should be using.”

And the most dangerous relapse drug of all: heroin. According to The Substance Abuse and Mental Health Services Administration (SAMHSA) 2012 survey on drug use, “The number of past year heroin users increased between 2007 (373,000) and 2012 (669,000).” With this increase has also come a spike in overdoses from the drug, creating greater concern over the use of heroin and other opioid analgesics, such as oxycodone, hydrocodone, morphine, and methadone.

As Dr. James C. Garbutt, Professor of Psychiatry and an addiction specialist at the University of North Carolina, explains, “Sadly, in many states, opiate overdose has exceeded driving as the leading cause of death amongst youth. The major concern with opiates is that they shut down the respiratory center—once too much of the drug is used, it enters the brain stem area and it depresses the respiratory center, and you stop breathing. That’s how people die.”

But with frequent use, this process gets delayed. Dr. Garbutt continues, “When you’re actively using opiates, that center can adapt to the exposure, allowing addicts to use more or in greater concentration without the respiratory system failing. But when people get sober, the receptors in their brain and the chemical mechanisms which process the drug become more sensitive, and the reaction to the opiate becomes more pronounced. The longer you’re sober, the more the brain will attempt to adapt back to its normal state.”

Unfortunately, for addicts who have experienced some sober time, this adaptation increases their chances of overdose. In addition, they are not mentally in the place to be aware or cautious of their behaviors. As Dr. Sack explains, “It’s important to realize that many of the overdoses are in the first few doses, because by the time an addict re-establishes their addictions, they have tolerance again. This is someone who is deciding whether they are going to be sober or not. So craving is a big factor—being preoccupied with procuring drugs increases and escalates in the first days after treatment.”

Dr. Garbutt concurs, adding, “It’s all about the mechanics of how much you use. This isn’t as much of an issue with alcohol or drugs like cocaine or methamphetamine, which can kill you, but aren’t going to stop your respiratory system as straightforwardly as opiates. With heroin or other opiates, if you’re used to using a certain amount, you might not recognize the consequences coming right back into the drug. Addiction is not a controlled behavior. And for many, they see people die, they know people who have died, and yet the disorder distorts their view of the world and what’s safe and unsafe.”

For Jennifer, this was perhaps the biggest hurdle. According to her friend Michelle, “Jennifer didn’t even like heroin. But I think she was just so lost after she relapsed. She really didn’t care. She was like a garbage can, consuming anything. It was awful. But she never wanted to die. I don’t think she ever realized that this is where it would take her.”

Sadly, many addicts leave treatment with higher hopes for themselves, as do their families. Dr. Sack has become a huge proponent of the new drug Naltrexone, which can be given in monthly injected doses under the name Vivitrol. Unlike Methadone or Suboxone, Vivitrol does not replace the opioid with a substitute: “Vivitrol is really the most important treatment we have today. It does two things: one, it prevents the addict from overdosing because it specifically blocks the opiate receptor in the brain—that’s the place that regulates pain, moods, and respiration. So it’s going to be difficult for an addict to overdose. But even more than that, it decreases cravings so the person won’t be desiring the drug as much as before.”

Dr. Garbutt explains the difference between Vivitrol and the more commonly used Suboxone and Methadone, “Suboxone binds to the receptor, which blocks the effects of other opiates. It also helps addicts to not experience withdrawal, because it has some opiate effects. We call that an agonist-antagonist drug. However, with Vivitrol, which is a pure antagonist, it blocks the opioid receptor but has no opiate-like effects. Which means unlike Suboxone or Methadone, you cannot get high from it.”

The main reason Dr. Sack has become such an advocate is because he believes Vivitrol buys the addict crucial time: “It allows the addict to experience that decrease in cravings while participating in therapy or a twelve step program. The tough part is the clients and families don’t support the patient being on medication. They want to be off drugs not on a drug, but the fact is a good proportion of those addicts will lapse in their first year. Vivitrol gives addicts in their first year that space between them and their addictions.”