With risks like addiction, HIV and hepatitis C, the last thing street junkies need is another disease to ward off. But that’s just what they have—and almost no one is paying attention.

Annie’s sad story is increasingly common on the streets of Philadelphia. A young heroin user from the suburbs coming into 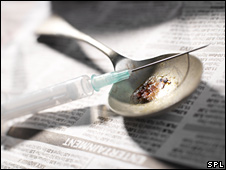 the prime of her addiction, she moved to North Philly, the center of the injection drug scene. There, her life commenced the downward spiral of typical street-level addicts: at first funding her habit through boosting, she got booked for retail; then turning to sex work, she got booked for prostitution. Outreach attempts by her family were rebuffed; social workers tried to get her into treatment after her arrests, but she refused. Her startlingly quick fall seemed bottomless—until a microscopic organism nearly killed her.

Annie got an abscess from injecting in her hip. Left untreated as she continued to run the streets, the infection spread until she was unable to walk and was finally brought to the hospital. By that point the infection had become systemic. It took eight surgeries and months of inpatient treatments to get the infection under control. At the age of 22, Annie is now clean and sober, but it’s not really a happy ending; she lives in a nursing home, where she receives around-the-clock care. Maybe she’ll walk again, maybe she won’t. Her family is grateful that at least she’s alive.

Since the start of the AIDS epidemic in the early 1980s, public health professionals have made impressive progress in developing prevention programs that stop HIV and hepatitis C in injection drug users; thousands of lives have been saved. But there’s a less recognized—and growing—danger with the potential to wreak havoc on the bodies of drug users and to burden the healthcare system with steep financial costs: bacterial infections like abscesses and cellulitis that can be debilitating and, in rare cases, fatal. Read More…