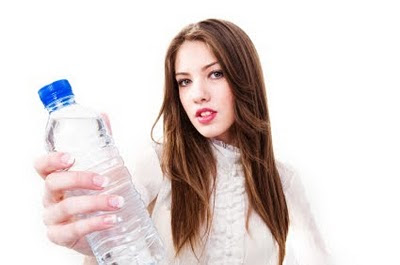 Teenage girls and young adult women who drink even moderate amounts of alcohol appear to increase their risk of developing breast changes that can lead to cancer, according to a large new study.

The study, which followed more than 29,000 females, found that for each 10 grams of alcohol (the equivalent of about one drink) consumed each day, the risk of developing these noncancerous cells and lesions — called proliferative benign breast disease (BDD) — increased 15 percent.

“It’s clear that this study shows that late adolescent alcohol [drinking] drives up the risk of these preliminary benign changes in the breast,” said Dr. Graham Colditz, a professor of surgery and associate director for prevention and control at the Siteman Cancer Center of Washington University School of Medicine in St. Louis.

“The risk is substantial,” Colditz said. The good news? Young women who are aware of the link can change their behavior, he said.

The study, published online April 9, appears in the May print issue of Pediatrics.

A link between alcohol and breast cancer has already been established. Adult women who drink two to five alcoholic drinks a day have 1.5 times the risk of breast cancer compared to nondrinkers, according to the American Cancer Society.

But the mechanism behind that association is not clear, and the researchers wanted to see if high levels of folate, a B vitamin, could offset the effects of alcohol, as some previous reports have suggested.

Alcohol is thought to hamper the availability of folate, especially in heavy drinkers. Too little folate, in turn, can abnormally affect DNA.

Colditz and his colleagues evaluated data from the Nurses’ Health Study II to focus on earlier drinking habits. The women, who were free of cancer and benign breast disease at the study’s start, answered questions about alcohol and folate intake.

“We looked at the alcohol intake between ages 18 and 22, and we converted it into drinks per day,” he said.

Colditz’s team found folate intake had no effect on benign breast disease, but alcohol did.

About one-fourth of those surveyed did not drink as teens and young adults. About 11 percent had high intake, drinking the equivalent of 1.5 drinks a day or more. The others had low or moderate drinking patterns.

After an average follow-up of 10 years, the researchers found 659 cases of benign breast disease. The more alcohol a woman consumed, the greater the likelihood she would develop the breast changes, the researchers said.

Experts said the findings are a matter of concern.

“Alcohol consumption even during young adulthood does appear to play an important role in adverse breast health,” said Susan Gapstur, vice president of the epidemiology research program for the American Cancer Society.

In his work with young adult and teen patients, Espenschied said he tries to educate them about drinking, instead of telling them not to drink. “I would want them to be aware of alcohol consumption and what it can do, not just in terms of breast cancer,” he said. “They are young adults and they are going to make their own decision.”

While the study uncovered an association between adolescent alcohol use and benign breast disease, it did not prove a cause-and-effect relationship.