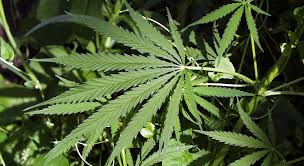 OTTAWA – The modest amount of tax money expected from legalized marijuana sales should go to addiction and support programs, the prime minister says.

There’s potential for “a bit of revenue” from a revamped pot regime, but the federal government isn’t looking for a financial windfall, Justin Trudeau said in a wide-ranging roundtable interview this week with The Canadian Press.

“It was never about a money-maker. It was always about public health, public safety.”

Any cash that flows to public coffers through marijuana taxation should go towards addiction treatment, mental health support and education programs — not general revenues, he said.

The Liberals have promised to legalize, regulate and restrict access to marijuana to keep it out of the hands of children while denying criminals the financial profits.

The current system of prohibition does not stop young people from using marijuana and too many Canadians end up with criminal records for possessing small amounts of the drug, the Liberals say.

The government plans to remove marijuana consumption and incidental possession from the Criminal Code, and create new laws to more severely punish those who provide it to minors or operate a motor vehicle while under its influence.

Trudeau promises to set up a task force with representatives from the three levels of government and, with input from experts in public health, substance abuse and policing, design a new system of marijuana sales and distribution.

It would include federal and provincial excise taxes. However, Trudeau cautioned against imposing steep levies designed to discourage its use.

“The fact is that, if you tax it too much as we saw with cigarettes, you end up with driving things towards a black market, which will not keep Canadians safe — particularly young Canadians.”

In Vancouver on Thursday, Trudeau said he expects different perspectives and solutions when it comes to implementing the new approach across the country.

He stressed the importance of listening to municipal partners, provinces and representatives of the medical marijuana industry, as well as drawing on best practices from around the world.

“We are going to get this right in a way that suits Canadians broadly, and specifically in their communities.”  Article Link…