Researchers found that sleep-deprived teenagers drink more than their peers 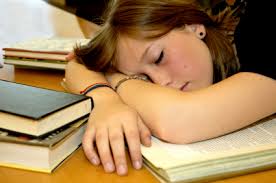 Sleep-deprived teenagers are more likely than their peers to develop drinking problems later in life, according to a study published Friday.

Researchers found that teenagers from the ages of 14 through 16 who had trouble falling asleep or staying asleep were nearly 50% more likely to binge-drink, NPR reports, and 14% more likely to drive drunk. Polls show that nearly half of adolescents don’t get the recommended eight-to-10 hours of sleep each night.

Sleeping patterns were also linked with alcohol issues later in life. Five years later, when the teens in the study reached college age, they were were 10% more likely to drive drunk.

“We’re not saying that sleep is the only risk factor for alcohol use,” says Maria Wong, a psychologist at Idaho State University. But “this study shows that sleep issues can actually precede and even predict alcohol use later on.”

Each extra hour of sleep the teens got in the study corresponded with a 10 percent decrease in binge drinking, Wong said. Article Link…