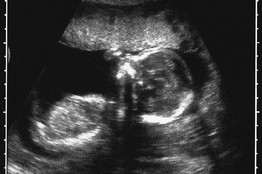 In the sixth to 12th week of pregnancy, a fetus’s bones, brain and central nervous system are forming. Buds blossom into arms and legs, and internal organs start to function. A face with eyelids, lips and other features appears.

This is also the time when a mother’s alcohol consumption poses the greatest risk of doing lifelong physical damage to her baby, according to a new study of nearly 1,000 women who drank at least once in their pregnancies.

On average, the women drank a small fraction of a drink a day. But some downed as many as 12 drinks a day—well above the amount considered safe for the women’s own health—and binged frequently.

For each drink consumed each day over the daily average in the second half of the first trimester, the women’s babies were 12% more likely to have a small head circumference, 16% more likely to have low birth weight and over 20% more likely to have a very thin upper lip or lack a vertical indentation between their noses and lips. While seemingly minor, those characteristics are typical of fetal alcohol syndrome, or FAS, and frequently presage cognitive and behavior problems later in life.

Overall, the more the women drank, the more likely their babies were to have such problems, according to the study published last week in the journal Alcoholism: Clinical and Experimental Research. Some who averaged less than one drink a day still had babies with some FAS characteristics.

“We found that there is no safe amount of alcohol to drink during pregnancy,” says lead author Haruna Sawada Feldman, a postdoctoral student at the University of California, San Diego.