So you’ve read some biographies of AA’s founders. Please feel free not to share your completely not startling or new revelations. 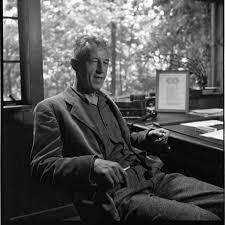 “I met Dr. Paul at a conference about a year before he died.”

Shut up old man. Shut up. Shut up.

All I did is read a selection from “Doctor, Alcoholic, Addict,” a chapter in AA’s Big Book famous for the phrase, “And acceptance is the answer to all of my problems today…” I wanted to talk about acceptance, but the old-timer across the table has decided it’s extra-credit time.

I’ve never been the kind of AA attendee who feels like my recovery is incomplete without a hagiography of everyone who ever contributed to the Big Book. Dr. Paul was an excellent writer. His words have helped millions of people approach their lives in a more spiritual manner. Why do we need extra information about Dr. Paul the man?

“I asked him, ‘Did you really mean that we should accept everything?’ and he said, ‘No, of course not!’” My head lowers further and further towards my lap. If I were flexible enough to clamp my thighs over my ears and block out the sound of his voice I would.

The temptation to historicize the Big Book is just another symptom of the Wikipedia Age, an age where the backstory to every single tidbit of information ever is infinitely accessible. For some reason, people feel that by adding a director’s commentary to the DVD of life they’re improving our experience of it. Well, not in the case of recovery.

Most of the literature in the 12-Step program can stand on its own merit. Meetings are not a Lit Crit class, and historicizing the Big Book is not only annoying, it can be downright dangerous and confusing for some newcomers. Here are some of the more egregious examples I’ve heard. Warning: if you, like me, don’t enjoy being disillusioned, you may want to skip this section.

Yep, it’s well-documented that AA’s founder tripped balls with Aldous Huxley at one point. That’s pretty badass, but why are you bringing this up in a meeting? Are you trying to justify using LSD yourself? Honestly, that’s between you and your sponsor. I don’t think that any of the newcomers who are already on shaky ground with the concept of “complete abstinence from all mind-altering substances” really need to hear your justification for trying psychedelics. If LSD was necessary to have a spiritual experience, it would be in the Big Book. But I don’t remember a sub-step (Step 11a?) that says “Having watched a clock melt into a sea of tiny pink coyotes, we were entirely spiritually ready for Step 12.”

2. “There are Twelve Steps because of the Twelve Apostles! In the Bible!” You know what? Shush, that’s what! It’s challenging enough for attendees with religion issues to wade through all the Christian themes in AA literature without you underscoring them. Please point out that while yes there is God with a capital G and Him with a capital H in the Big Book, many atheists and agnostics have been able to stay sober. Meanwhile, this isn’t Trivial Pursuit, so leave cute little factoids out of your share. Please.

Yes, also well-documented. One can imagine that if our founder hadn’t struggled so much with his sexual problems, the Big Book would be a lot poorer for advice to those of us who are also seeking serenity in matters of sex and love. (Page 69, anyone?) But why are you bringing it up? Are you trying to malign Bill W.? Or are you trying to justify your own screwin’ around? Either way, it’s a pitiful argument, dredging up the past actions of someone too dead to defend themselves. Bill W. accomplished a lot. That doesn’t mean you have to follow his life to the letter. He was also abandoned by his parents. Why don’t you abandon your own kids? Maybe one of them will go on to found a spiritual organization that helps millions of people!

4. “The original founders took their sponsees through the steps in less than a day!”

The first members of Alcoholics Anonymous were all low bottom cases at death’s door, and often did their steps from a hospital bed. Fact: the Big Book makes no mention of a time limit. If your sponsee needs a few weeks or months to work the steps to the best of his/her ability and they’re staying sober in the meantime, don’t pressure them.

Are you surprised? Dude was an alcoholic. I really doubt that, were he given whiskey on his deathbed, that it would have impacted his life in a negative way. Because he was on his deathbed. Does his dying wish nullify the effectiveness and impact of Alcoholics Anonymous? Ask some of the people in your homegroup who say they have been granted freedom from obsession with alcohol and a new life. Spoiler: the answer is no. So shut up, shut up, shut up.

Try to imagine, if you will, if our recovery program advocated everything everyone who founded AA had ever said or done. It would be a swingin’, pseudo-Christian, psychedelic-fueled fuckfest, like some of those ‘60s cults. It actually sounds kind of awesome, but like those ‘60s cults, it wouldn’t last very long. The AA program survives on the strength of the words its founders recorded, and it survives because it works.

Stop futzing with it because you want to look like the smartest kid in the room. Article Link… by Bobbi Anderson at the Fix