Patients labeled a “high risk” for repeating an overdose are being given drugs by their doctors. 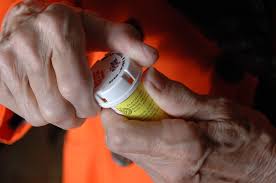 A new study has found that more than 90% of patients with chronic non-cancer pain continue to receive prescription opioids after an overdose.

Published in the Annals of Internal Medicine, the report on the study noted that these patients remain at a “high risk” for experiencing a repeated overdose. To compile data for the study, the researchers used Optum, a large national commercial insurance claims database with data on 50 million individuals collected over a 12-year period.

Long-term opioid therapy for chronic non-cancer pain has become increasingly common in community practice. As a direct result, the rates of fatal and nonfatal opioid overdoses have significantly increased in the 21st century. The objective of the study was to estimate rates of opioid overdose among patients receiving medically prescribed, long-term opioid therapy and their association with an ongoing prescribed daily opioid dose after such an overdose.

At the two year follow-up, the study found that patients who continued taking high dosages of opioids were twice as likely to have another overdose compared to those who discontinued opioid use after the overdose. Such an outcome is not surprising. Increased overdose risk among patients receiving higher dose regimens may also be due to the misuse and abuse of opioids in ways not intended by prescribing physicians.