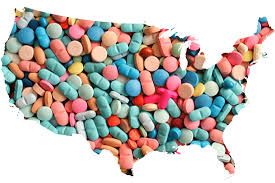 The congenital disconnect between much of society and the reality of addiction reappeared recently with the death of actor Philip Seymour Hoffman, apparently due to an overdose of heroin.

The Oscar-winning actor was found dead in his Manhattan apartment with a needle in his arm and bags of what was believed to be heroin nearby, according to police. Almost immediately, the familiar reactions were heard: How could he? He was so talented, so  admired, so wealthy, had so much to live for. He had been to rehab and he was sober more than 20 years. How could he risk it all for a fleeting high? And with heroin no less. Who does heroin today?

Apparently, aside from Hoffman and the late Amy Winehouse, a lot of people. And not just the down-and-out addicts who were once the stereotype for what some considered to be “serious” addiction, as opposed to what, one presumes, were considered less serious forms, like addiction to alcohol or cocaine. Addiction pecking order aside, today’s heroin user is just as likely to be your neighbor’s teen-aged son or daughter as a famous actor or singer.

The Substance Abuse and Mental Health Services Administration, which tracks drug use in this country, says a recent survey showed a more than 100 percent increase in the use of heroin in the United States between 2002 and 2012. Slightly less than half a million people were regarded as heroin dependent. How pervasive is it? The states of Maine, New Hampshire and Vermont (so much for stereotypes) report serious problems with heroin addiction and overdoses and deaths as a result of heroin use. Heroin use is up in Pennsylvania, Illinois, Ohio, name a state.

Much of this increase is tied to the abuse of prescription pain killers, such as Oxycodone, Oxycontin, Vicodin and Percocet, which are opiates, like heroin. Concern over the over-prescription of such drugs and the growing use of them by teenagers who simply took them from their parents’ medicine cabinet, has made it more difficult to get the pills and to crush them for snorting. This makes them more expensive. In comparison, heroin on the street is much cheaper.

And, quite possibly, much deadlier. Police are examining the many bags of heroin  they found in Hoffman’s apartment, among other reasons, to learn if the heroin had been cut with another substance — a dangerous synthetic heroin” that has emerged — or if it were too pure. Heroin is not only one of the most addictive drugs, it reacts quickly on the brain, sometimes giving the user insufficient time to react to a bad batch.

Does any of this explain why Hoffman — famous and sober — decided to try heroin? No. Relapse, as professionals in the substance abuse field explain, starts in the addict’s brain, with changes in attitudes, behavior, a relaxing of diligence. Dr. Nora Volkow, director of the National Institute on Drug Abuse, in commenting on Hoffman’s death, said, “You need continued awareness of the possibility of relapse. No matter how long you’ve been clean, if you take the drug, you’re at high, high risk of relapse.” Meaning, if you think you can take “just one more hit,” you’re probably delusional and definitely risking your life.

Addiction is considered a chronic, incurable disease because once the brain is reintroduced to the addictive substance — alcohol, heroin, cocaine — it can quickly return to its old ways. Addicts often say that when they started using their drug of choice after a period of abstinence, they were right back where they left off, or worse. This is why abstinence and continued treatment, be it therapy or a 12-step program, is recommended for recovery. A change in lifestyle and constant awareness are the keys, the experts say. Over time, the approach may gradually change, but as Volkow reminds, an addict can never forget what he is. And society would do well to remember as well. Article Link...