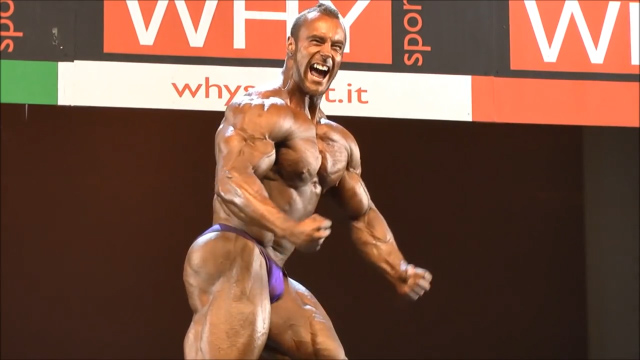 A world champion Kiwi bodybuilder has been caught smuggling about $100,000 worth of illegal party drugs into the country.

The well-known Les Mills employee and rising star of the international bodybuilding circuit was arrested after packages containing more than 700 grams of the drug methylone were intercepted at Auckland International Airport late last year.

He was considered young to be making such a big impression in the sport and had been billed as a future contender for Mr Olympia, the prestigious competition made famous by Arnold Schwarzenegger.

In May, Orton pleaded guilty to two charges of importing the Class C drug. Each charge carries a maximum penalty of eight years’ imprisonment.

He is scheduled to appear for sentencing at the Christchurch District Court today where his lawyer, Kirsty May, will seek a discharge without conviction.

The Press understands May will argue Orton’s ability to travel overseas and compete as a professional athlete will be affected if he is convicted.

Orton, who has previously said winning the amateur bodybuilding world title was “the proudest moment of my life”, could not be reached for comment.

His former bodybuilding coach Mike Debenham, who is now based in Australia, said: “Stephen’s a good friend of mine and he’s been caught up with some f… stupid people and when I was in Christchurch, I was able to protect him from that.”

Les Mills Marketing manager Guy Needham said he could not comment while the matter was before the courts.

The Press was this week granted limited access to Orton’s court file which details his offending.

According to the summary of facts, separate packages of white powder were intercepted and examined at the Air Cargo Inspection Facility in Auckland on October 31 and November 9. Both carried a woman’s name and were destined for an address in Russley, Christchurch. They were declared separately as hardening agent and titanium dioxide. Tests confirmed the powder contained methylone, also known as bk-MDMA, which produces a similar effect to ecstasy.

Customs carried out a “controlled delivery” of one of the packages to the intended address on November 28.

Orton was home at the time and admitted being the intended recipient.

Orton said he had been told to place the packages on the porch and that someone would pick them up. He would receive $500 for each delivery, the summary says.

He admitted receiving two to three other packages a few weeks earlier. He told investigators that the packages might contain an ingredient to make drugs but he was not sure.

The weight of the methylone seized by Customs was 709.2g, which could be worth more than $94,560 once cut with other substances, the summary says.

Orton joins a growing list of body builders who have been caught importing illegal drugs.

The most notable is Justin Rys, known as Mr Big, who was jailed in 2006 for importing fantasy from eastern Europe with a street value of up to $2.1 million.

He has a damaged heart and his health is deteriorating after years of steroid abuse. Article Link…