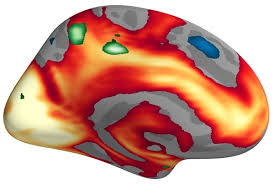 New findings published in Brain: A Journal of Neurology found that individual differences in brain structure could essentially determine the risk of future drug addiction.

For the study, researchers scanned the brain structure of 66 participants to determine how to provide the first likely evidence of fronto-striato-limbic regions of the brain and how they hold an effect on increased drug use. They found that it essential to identify certain biomarkders thay may make some more vulnerable to drug addiction or even cause issues with impulsivity or indecisiveness.

Researchers conducted two studies that scanned occasional drug users of amphetamine-type stimulants (ATS), including Ecstasy (MDMA). Then, they were monitored after 12 to 24 months to better assess their level of drug use following both time periods.

Those with subsequently increased ATS showed smaller volumes in the front-sriato-limbic regions, according to Dr. Becker, who added that “prospective longitudinal studies in occasional users are of great importance to determine biological vulnerability markers, which can help to identify individuals at greatest risk of developing an addiction.”

He went on to conclude that “these findings indicate that individual differences in fronto-stiato-limbic regions implicated in impulsivity and decision making could render individuals vulnerable for the transition from occasional to escalating stimulant use.”

Furthermore, researchers found that occasional users in both studies with increased stimulant use during the subsequent 24 months displayed smaller regional grey matter volumes compared to those who had stable or decreased use. Article Link…