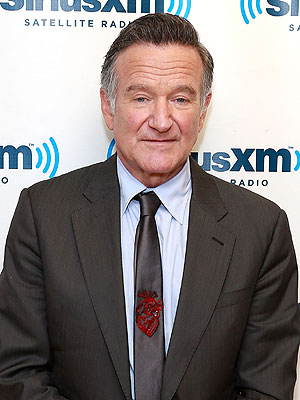 Robin Williams is back in rehab, but not because he fell off the wagon – he’s sober and wants to make sure he stays that way. “After working back-to-back projects, Robin is simply taking the opportunity to fine-tune and focus on his continued commitment, of which he remains extremely proud,” his rep tells PEOPLE. The actor, 62, checked into a treatment center and plans to stay for several weeks. Williams sought treatment in 2006 for alcohol addiction; he also battled substance abuse early in his career, during his swift rise to fame on the 1978-1982 sitcom Mork and Mindy.“Cocaine for me,” Williams told PEOPLE in 1988, “was a place to hide. Most people get hyper on coke. It slowed me down.” Williams quit cocaine and alcohol cold turkey in 1982 when his first wife, Valerie, was pregnant with their son Zachary, now 31. The prospect of fatherhood, as well as the tragic death of his friend John Belushi, encouraged the comic to get sober. “The Belushi tragedy was frightening,” Williams said. “His death scared a whole group of show-business people. It caused a big exodus from drugs. And for me, there was the baby coming. I knew I couldn’t be a father and live that sort of life.” Williams is also dad to daughter Zelda, 24, and son Cody, 22, from his second marriage, to Marsha Garces. Article Link…