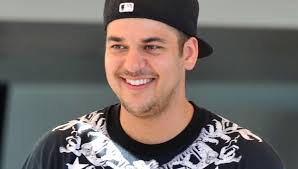 ROBERT Kardashian’s bitter feud with his famous family might be far worse than originally thought.

When he spectacularly decided to give his sister Kim the ultimate snub by skipping her wedding, it was rumoured that he was just insecure about his weight.

However, new reports have emerged that the reality star has fallen out with the Kardashian-Jenner clan because of a secret drug addiction.

According to In Touch Weekly, Robert, who has reportedly smoked cannabis in the past, indulged in several “heavy drugs” binges in the lead up to Kimye’s big day.

“The reason he left Kim’s wedding wasn’t just that he was embarrassed to pose in photos,” a source told the magazine.

“He is so depressed and needs help.”

Robert’s friend went on to explain that he was self-medicating because of his depression.

He alleged that the star takes a cocktail of drugs including Norco, Percocet, as well as the anti-anxiety drug Xanax.

The source added: “[Robert] would just lie around his place smoking weed, doing drugs, watching movies and eating. He said he ‘needed” the pills’.”

While the Kardashian-Jenner clan have yet to comment on these specific allegations, they have publicly tried reaching out to 27-year-old Robert, while his mother Kris Jenner has confirmed her son is “struggling”. Article Link “OK!”…