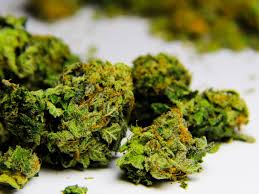 Although Colorado Gov. John Hickenlooper signed several historic measures to implement marijuana legalization in the state, establishing Colorado as the world’s first legal, regulated and taxed marijuana market for adults back in May, many of the Centennial State’s cities are banning retail legal weed.

On Tuesday, Colorado Springs, the state’s second largest city, is expected to vote to ban retail recreational marijuana stores, The Associated Press reports. Four of nine Colorado Springs City Council members have already said they will vote against retail weed stores. But even if legal marijuana sales are approved, Mayor Steve Bach has vowed to veto recreational pot shops in the city limits.

“This is so important to our community and in our best interest that I will respectfully need to veto anything short of opting out,” Bach said in a Gazette report.

Recreational pot sales in Colorado cities that opt-in can begin on Jan. 1, 2014.

Colorado Springs will likely be the next of more than two dozen Colorado cities that have banned recreational marijuana sales.

Should the two-year moratorium pass, only existing medical marijuana dispensaries would be able to apply for the license which will allow them to sell both medical and recreational pot during that period.

“I think a number of localities are deciding prematurely to prohibit these businesses,” Mason Tvert, communications director for the Marijuana Policy Project and key player in the marijuana legalization effort in Colorado, said to Bloomberg Businessweek. “If enough localities are banning these businesses, it increases the possibility that a black market for marijuana will continue to exist.”

Colorado voters passed Amendment 64 last November making the limited sale, possession and growing of marijuana for recreational purposes legal for adults 21 and over. A64 states that adults can possess up to an ounce of pot, can grow as many as six marijuana plants at home (with only three flowering at any given time), but that home-grown marijuana can only be for personal use and cannot be sold, however, adults can gift one another up to an ounce of pot.

The Colorado Department of Revenue released a detailed report earlier this month with the rules for the licensing, regulating and selling of marijuana in Colorado.

The state department report sets very specific rules for recreational marijuana in Colorado from licensing to how a retail marijuana store should operate to how retail grow operations should function to marijuana testing to marketing and to labeling of marijuana products.

Labels must conform to the specific language requirements of the state including information on potency, amount of THC in the marijuana product, a clear set of instructions on how to properly use the product, a complete list of nonorganic pesticides, fungicides and herbicides used during cultivation and much more depending on the type of product which can range from marijuana buds for smoking, a marijuana-laced food or a THC-concentrate like a marijuana “wax.”

All retail marijuana products must also contain these warning statements like: “There may be health risks associated with the consumption of this product,” “This product is intended for use by adults 21 years and older. Keep out of the reach of children,” and “This product is unlawful outside the State of Colorado.”

Recreational marijuana buyers must produce a government-issued photo ID to prove that they are 21-years-old or older.

Adult tourists in Colorado are limited to purchasing only a quarter of an ounce.

The state department also intends on setting up a seed-to-sale tracking system which will make all marijuana producers and sellers responsible for each plant produced and sold.

A64 also allows adults to possess up to an ounce of marijuana for recreational use even in those cities or counties that have banned retail sales.

Colorado’s 271 municipalities and 64 counties must decide by Oct. 1 as to whether they will allow for legal recreational marijuana sales. Article Link…