Burnout—or compassion fatigue—in health professions is common but mental health workers, including addiction therapists, think it can’t happen to them. 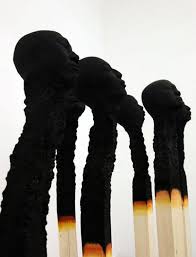 If you’ve worked as a caretaker—a doctor, nurse, or substance abuse counselor, to name a few—you might know about compassion fatigue, or, in common parlance, burnout. “People end up taking home the work that they do,” Dr. Kirk Bowden, president ofNAADAC, also known as the Association for Addiction Professionals, says. Internalizing sometimes “serious and heartbreaking” things can lead to a lack of self-care, which he says can manifest itself in physical illness, insomnia, and signs of anxiety and depression.

Burnout in the medical and behavioral health professions is common and has long been a problem. In fact, there is much scientific research looking into compassion fatigue among physicians, specialists like neurologists, and nurses. There is less so among behavioral health specialties, especially the addiction counseling workforce.

In a recent study, Marieke Ledingham, a lecturer at the University of Notre Dame Australia, set out to find what mental health workers thought about burnout. In the first study to do so, she found that the 55 mental health nurses, psychologists, occupational therapists, social workers, psychiatrists, and counselors who were surveyed had a hard time recognizing symptoms of burnout in themselves. Many also said they would blame themselves if they burned out, considering it a sign of weakness, incompetence, or even failure. Ledingham posits that many counselors overestimate their ability to cope with work stress while also placing a stigma on burning out such that they don’t talk about it for various reasons. Some like the illusion of control, or believe that they are infallible; some think that it can’t happen to them; while for others, it’s the stress itself that causes them to mistake the warning signs of burnout. Finally, the caretaker identity is powerful and causes some to think that they should be able to cope better than other people.

Ledingham’s study shows that perhaps by increasing our understanding of the self-stigma associated with burnout among this population, organizations and individuals will be better able to prevent it.

“Burnout is the endpoint of chronic stress,” Ledingham says. “When work is intense and unrelenting and the worker doesn’t have sufficient time and resources to recover adequately, they start to feel a lack of compassion and empathy for their client, as though they have nothing more to give.”

This can affect their decisions, their ethics, and ultimately, their patients.

It wears on a lot of people, Bowden says. “They’ll change jobs frequently as a way to deal with compassion fatigue or burnout.”

Richard Buckman, who is on the board of directors and staff of Faces & Voices of Recovery, has been involved in addiction treatment for 25 years—but he’s also in long-term recovery. In his experience, there is a “cluster of observable symptoms,” including depression, increased frustration, poor attendance, and decreased self-care. “Although I never felt burnt out per se, I have experienced periods of malaise and found myself feeling like I was in a rut,” he says. “This was most noticeable for me while working in inpatient treatment where on some level it feels as though you are living in the facility and clients have access to you much more often.”

Why does burnout happen?

There are many reasons that addiction counselors may feel like throwing in the towel. In her study, Ledingham found that most surveyed identified “overwork or poor managerial support as the key causes of burnout.”

Add to that the proclivity to self-stigmatize—“they blamed themselves and felt they should have been able to prevent it”—it’s no wonder some people become depleted. “Absolutely I think it has to do with shame and the feeling that I should have known better and prevented this from happening,” Buckman says. “For those in recovery, suspicion of relapse sometimes surfaces and can damage reputations. Perfectionism is another character trait that can become commonplace.”

From addict to counselor

According to anecdotal evidence, Bowden says, at least 50% of substance abuse counselors are former addicts. While being able to relate to an addict is one of the key advantages to being an addiction counselor, it’s also a big risk factor for burnout. Importantly, the consequences of compassion fatigue are greater for recovering addicts who are now counselors: the possibility of relapse.

Why do addicts in recovery go into this field? Many simply want to help others, whether because they have firsthand insight into the process of getting sober or they have had friends or family members who have gone through addiction or recovery.

“I get a sense that for many, that feeling of having found an answer or solution to a personal battle with addiction and being inspired by a person who may have helped you find recovery directly ignites the interest in helping others,” Buckman says. “For me it was the first time in my life that I had a specific vocation or calling that I was interested in; in the past they were just jobs.”

However, the potential for relapsing under stressful burnout conditions is high. Buckman says that about 20% of addiction counselors in recovery will relapse—that’s one out of five.

“We know that when you’re under a lot of stress, if there is an underlying issue it is more likely to be exacerbated, just as an underlying depression or anxiety disorder might flare up when work is getting too much,” Ledingham says. “The other complicating factor is that addiction counselors are in the role of ‘helper’ and it can be exceptionally difficult for them to say, ‘I need help here,’ or ‘I’m not coping.’ It can make them feel as if they’re not cut out for their job.”

Relapsing while counseling someone trying to get sober is “really destructive,” Bowden says. It can give a recovering addict permission to use, or it can prevent her from trusting a counselor again—both of which put more pressure on the system, in general.

“A lot of organizations now ask their counselors not to discuss whether they’re in recovery with their clients,” Bowden says. “It’s one thing that can actually trigger both relapse as well as compassion fatigue.” In a way, the best place to relapse might be in a setting where you’re not only surrounded by fellow recovering addicts, but these people don’t want to fire you, they want you to get well. In New York, “there are resources available to assist counselors who relapse,” Buckman says. “We even have one program I know of willing to provide free inpatient treatment for those among us who have a setback and are willing to seek help.”

Unfortunately, many recovering addicts who become counselors won’t last in the profession. “I think you have a lot of people who have short careers,” Bowden says. Not only are they hopefully working a program in their off hours, but they’re now “working a program” with someone else as a job. Relapse is often brought on by stress, and the stress of compassion fatigue could be especially problematic for recovering addicts. Many are coming out of treatment well into their working years, so it’s not a first career. It might pay a lot less than their first or second careers, and some can simply go back to what they were doing before—albeit trading personal fulfillment in exchange for what is most likely less stress and probably more money.

“In my personal observation, you do have a lot of people who have good intentions and really want to work in the field, but they find it just doesn’t work for them,” Bowden says. “They get burnt out and they have a difficult time dealing with it.”

Self-care is key, Bowden says, in preventing burnout. Leaving work at work, or learning “appropriate limits and boundaries can require constant vigilance,” Buckman says. “It can be easy to fall into the trap of providing services at the expense of personal well being. Balance is the key.” It’s very important to have a life outside of work, like regular exercise or something else you care about. And, if you’re in recovery yourself, you should be maintaining a strong program. Using techniques such as mindfulness can also be of great help to substance abuse counselors. Read more “the fix”…