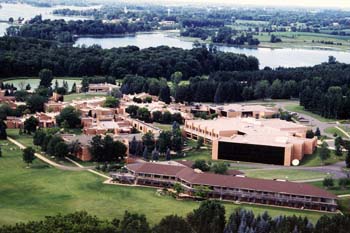 GOLDEN VALLEY, Minn. – Eli Knowles was 16 years old when he got hooked on prescription drugs.

Knowles is now 21 and sober thanks in large part to Teen Challenge in Minneapolis.

So he knows exactly the road so many Americans, for that matter Minnesotans, are now traveling.

“It’s absolutely an epidemic,” he said. “I think that’s the best word for opiate addiction today in America.”

The Center for Disease Control describes it the same way after the death toll from prescription painkiller overdoses increased five times over the last ten years in the United States.

“As a result of this crisis basically we decided we had to do something different,” said Dr. Marvin Seppala, chief medical officer at Hazelden.

As of last week, his doctors started prescribing drugs Suboxone and Vivitrol to help wean addicts off their prescription drug dependencies. The new approach is used at Hazelden’s adult facilities in Center City and St. Paul. But Seppala says the new supplemental treatment will be used at their youth facility in Plymouth sometime in the summer months.

It’s a major change in philosophy. Hazelden is widely recognized for its 12-step program where patients are not prescribed any medication in treatment. And while the 12-step program will still be the focus, Seppala says the numbers beg a different approach.

Adults seeking treatment for prescription drug abuse at Hazelden increased from 19 to 30 percent from 2001 to 2011. It’s even more dramatic in young adults and teens rising from 15 percent of patients in 2001 to 41 percent just ten years later.

“(It’s) just a dramatic shift. We haven’t seen anything like that with other drugs,” he said,

The increase in prescription drug abuse has caused the State of Minnesota to come up with a substance abuse strategy.

“We have a problem of opiate and heroin addiction the likes of which has never been seen before in Minnesota,” said Carol Falkowski, who helped write the state’s strategy.

Falkowski has tracked drug abuse in Minnesota for the last three decades and is one of the nation’s leading experts in her field. She recently retired as the state’s drug abuse strategy officer and once worked at Hazelden.

“Prescription opiates and heroin account for 20 percent of people coming in for treatment, second only to alcohol,” she said.

She along with Hazelden argue if more isn’t done, more people will find themselves where Eli Knowles was just one year ago.

“Primarily opiates stripped me of who I was,” he said.