Politicians, law-enforcement officials and physicians in Kentucky are locking horns over a proposed bill to crack down on the abuse of prescription drugs, in a debate that pits patient privacy against efforts to curb the nation’s expanding epidemic of addiction to painkillers.

More than seven million Americans use prescription drugs such as oxycodone for nonmedical reasons, dwarfing the 1.5 million addicted to cocaine, and Kentucky is an epicenter of abuse, according to the Drug Enforcement Administration. More than 1,000 people die from overdoses every year in the state, topping deaths from auto accidents. Demand for the drugs is so great that users in recent years have flooded “pill mills”—shady storefront clinics that readily prescribe painkillers—as far away as Florida. 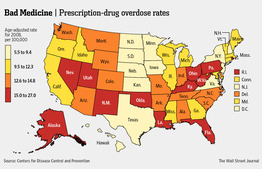 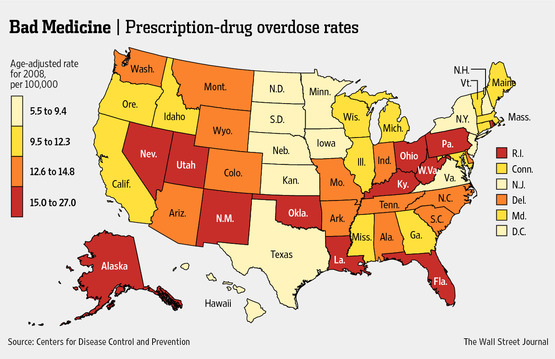 The Republican-controlled Senate is considering a vote as early as Friday on a bill that would restrict ownership of pain clinics to licensed physicians and give law enforcement easier access to the state’s prescription-drug database, which tracks writers and recipients of prescriptions, as well as where the drugs are dispensed. Such a law would help law-enforcement officials better identify addicts, dealers and shady doctors helping patients amass piles of painkillers, supporters of the bill say.

Those supporters, including Democratic Gov. Steve Beshear, argue such steps are necessary to begin reversing painkiller addiction and overdose deaths in the state.

But the bill faces fierce opposition from the Kentucky Medical Association, a trade group representing the state’s physicians. The group worries giving law enforcement oversight of a database with prescription-drug information is a violation of personal privacy.

“You are essentially legislating medical care. We think doctors should write those regulations, not legislatures,” said Shawn Jones, a practicing physician and president of the KMA. The bill is an “overreach,” he said. 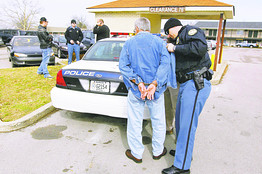 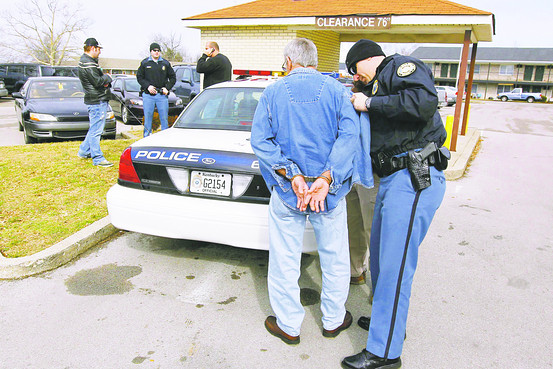 DEA agents, with state and local police, arrested several people in February at a pain clinic in Lexington, Ky.

The struggle over the Kentucky bill highlights the complicated path policy makers and law enforcement are traversing nationwide in their attempts to fight abuse of prescription painkillers, which White House Drug Czar Gil Kerlikowske calls the nation’s No. 1 drug problem. Unlike importers and dealers of illicit drugs such as cocaine, the supply chain for prescription drugs is made up largely of legitimate businesses and professionals—doctors, pharmacies and wholesalers.

“Kentucky is ground zero of the effort to move prescription-drug monitoring programs out of the health-care arena into law enforcement,” said Evan Jenkins, executive director of the West Virginia State Medical Association, a physicians trade group, and a Democratic state senator.

In West Virginia, sheriffs pushed this year for open access to patient information from the state’s prescription-drug monitoring program. But the legislature, at the urging of health-care lobbyists, voted instead to tighten patient confidentiality.

In Tennessee, the state’s physicians group bristled at changes proposed by Republican Gov. Bill Haslam earlier this year that would require all patient names to be checked against the state’s prescription-drug database before they are prescribed controlled substances. Health-care lobbyists won exceptions for patients undergoing surgical procedures and doctors who prescribe patients short-term doses, said Gary M. Zelizer, a lobbyist for the Tennessee Medical Association.

Some 48 states have legislation requiring prescription-drug-monitoring programs, up from just 16 a decade ago, according to the Alliance of States with Prescription Monitoring Programs. Some programs cover all prescriptions; others focus on controlled substances only.

Pharmacists are required to log all relevant prescriptions into the databases. The systems are meant to help agencies overseeing them—normally health or medical groups—to single out physicians who prescribe abnormal amounts of painkillers, and addicts who amass piles of pills by visiting several doctors in a short period for the same pain medication. Law enforcement may gain information from the databases, but there are restrictions that differ by state.

Kentucky’s database is currently managed by the state’s Cabinet for Health and Family Services and the Board of Medical Licensure. The two groups are responsible for monitoring the data. Law enforcement must submit a request to health and family services for information from the database on an individual and prove that it is part of an active investigation.

The proposed bill would put oversight of the database under the attorney general’s office, which would have broader access to it, as would local prosecutors. Police would have to put in requests for information, as they do currently.

Doctors would also be required to consult the database before prescribing painkillers; currently, only about 25% do before writing out a patient prescription, state officials said.

“The data is all there—it’s just under a rug,” said Attorney General Jack Conway, adding that police currently don’t know who the largest prescribers are in a given county. Access to the database would let them find out instantly, he said.

Physicians in the state want medical professionals to continue to oversee the database. Doctors might balk at signing prescriptions for patients in legitimate need of painkillers if the database is made more widely available to law enforcement, they argue.

“We get criticized both ways—for overprescribing and underprescribing” pain medications to patients, said J. Gregory Cooper, a general physician from Cynthiana, Ky.

Dr. Cooper uses the database now twice a week and says he would be concerned how prosecutors or police could review his data.