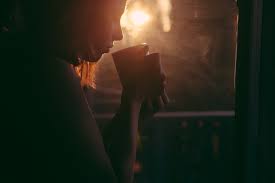 When I sobered up, I tried to make amends for my mistakes. But an old photo from when I was drinking still haunts me to this day.

Sometimes, when I search for something with the first part of my name “nev” in the file name, I come across an thumbnail.

It is called: “nev_longisland_12.jpg.” I could be looking for tax documents or invoices, chat transcripts or head shots for my LinkedIn profile and it never fails to stop me in my tracks. Of course I know what it is. It’s a photo of me taken by my ex-wife on January 2, 2005, 24 hours before I stopped drinking for good.

“I got sober before Facebook arrived and started making our mistakes permanent. Of course I’ve seen other photos from my drinking days, but they don’t seem to have the power of that photo.

Something about the end of my drinking still brings me great shame, and a photo of my old self—not yet completely surrendered—makes me feel incredibly sad. If I looked at the picture of the man I once was, wreaking havoc in the lives of the people around me, I thought, I would be cursed. So I don’t open it.

I was chatting with Amanda, a newly sober 29-year-old woman at a party recently. She abused alcohol and drugs repeatedly from the age of 14. She’s been sober six months. I was telling her about the photo that haunted my laptop.

“You should look at it!” She says, “Photos are really important for alcoholics.”

As a newly sober woman, her photos on social media have become an important reference point. She told me she was scrolling through her Facebook feed recently when she was ambushed by the annoying Facebook feature that republishes a photo from five years ago. In the photo, a “selfie” shot on an iPhone, she stands in a full-length mirror in her bedroom tipping her head back, sneering at the camera. Hand on hip, she shows off her outfit and a bad attitude. She’s wearing a red blouse and black skirt and heels. It’s 7:30 a.m. in the morning and she’s preparing to go to work. She’s shitfaced.

“This is my work outfit? With these giant heels?!” She laughs.

“At the time I took it, I remember looking at the picture and being proud of it, posting it on Facebook because I thought I was cool. That was my attitude, going into work dressed like this—not because I cared about how I presented myself in my job, but this ‘cool’ was part of a euphoric tip I got from pills and booze. I was trying to maintain a façade that everything was OK. My only interest was drinking and getting fucked up.”

Amanda started drinking and using drugs when she was 14. Before that she said she was a good kid, nice to people and not self-obsessed. But she desperately wanted to fit in with her alcoholic drug-dealer father who treated her as if she were a nuisance. The moment she started using with him they became closer, and soon he was taking her to nightclubs in New York where he sold drugs.

“It was bad from the start,” she says. “It loosened me up but I blacked out almost immediately and every night for the next 10-15 years. I constantly needed friends to look out for me.”  Read more “the fix”…