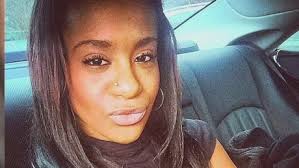 According to Pat Houston, Bobbi Kristina, daughter of Bobby Brown and the late great Whitney Houston, was days away from checking into a rehab center when she was found unconscious at her home on Jan. 31, 2015.  Houston told People magazine she decided her 22-year-old niece needed to attend rehab and she agreed to go.

“I decided she was going to rehab because that’s where we had called to set up for her to go,” Pat told People Magazine. “She didn’t make it. She found out that I was coming for her, not to do an intervention, because I didn’t want to go through that with her. I just wanted her to come back and talk to me so we could figure out how this was going to take place because she needed to go.”

Reports have alleged Bobbi Kristina had fought a drug addiction off and on since age 14, in addition to witnessing her mother’s inability to conquer her own drug habit. Two days after texting with her aunt about attending rehab, Bobbi Kristina was found face down in her bathtub in an almost haunting déja vu of her mother’s death two years earlier. Six months later, after being moved to hospice care, Bobbi Kristina was pronounced dead. In August, her live-in boyfriend, Nick Gordon, was slapped with a 10 million-dollar lawsuit for allegedly drugging Bobbi Kristina and stealing over $11,000 from her personal bank account.