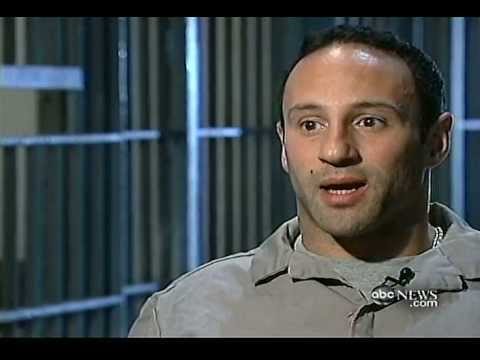 “Here I am, I get the opportunity, I get the shot and then squander it, and do what I did, and get addicted to drugs and just make horrible decisions,” the 37-year-old Brancato said in an interview broadcast Sunday on WNYM-AM.

He was paroled in December after serving time for his role in a 2005 Bronx break-in that left an off-duty police officer dead.

Brancato, who got his break in the 1993 film “A Bronx Tale” with Robert De Niro, said he’s reaching out to young people to discuss the addiction he was unable to control. His last drug high was in prison in 2006, he said.

According to prosecutors, the actor and a Genovese crime family associate, Steven Armento, were drinking at a Bronx strip club before they tried to break into a nearby basement apartment and steal Valium.

The sound of shattering glass awoke off-duty Officer Daniel Enchautegui, who lived in the neighborhood and came to the rescue. He confronted the men and a gunbattle erupted, with Armento firing first, prosecutors said.

The dying officer emptied his pistol, hitting Brancato and Armento. The bloodied actor was arrested as he tried to get into his car, authorities said.

Brancato was acquitted of murder in the officer’s death but convicted of attempted burglary. Armento was convicted of firing the fatal bullet.

He acknowledged that some of the actors who’ve worked with him in the past may not be willing to do so again. He played a young mobster on “The Sopranos” in 2000.

Authorities say he will remain under supervision through 2018. He was released to his family in Yonkers.

When Brancato was released from prison, Patrick Lynch, president of the Patrolmen’s Benevolent Association, said in statement: “This union will take any steps necessary to ensure that this miscreant follows the conditions of his parole down to the last letter.”

The most important thing he learned in prison, Brancato said, “is how to get through tough times” — without drugs. Article Link…