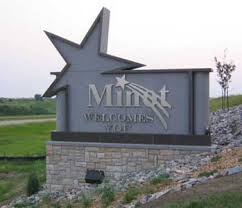 As the population in northwestern North Dakota has grown in recent years, so has the number of people seeking treatment for addictions that increasingly involve methamphetamine and opiates.

“There’s a variety of different reasons. The oil has certainly had an impact, and the influx of people because of that. The flood also had an impact on the number of people coming in and choosing to stay,” she said.

The transient population presenting for treatment used to be rare, added Heather Sys, administrative director of behavioral health at Trinity. Now it’s not unusual to see two or three such patients in six months’ time.

Although the influx of people has an impact, providers say it’s not just the homeless, transient and newcomers, but existing community members, youth, professionals and other workers who are seeking treatment.

Statistics from the Department of Human Services, which are not too different from what other health-care providers are seeing, show that alcohol continues to be the primary drug abused, although it makes up a shrinking share of overall addiction services. Marijuana remains in second, but the growth has been in methamphetamine and opioid pain relievers.

“There’s no opiate program here, so that’s a real, definite void in services in our area,” said Dina Goodman of Goodman Addiction Services, Minot. “The biggest need I see is if we had some M.D.s in the area that would be willing to see people that are struggling with opiates.”

No physicians in Minot prescribe the special drugs that are used to help people with withdrawal symptoms, which commonly are severe, she said.

Trinity refers people with opiate addictions to other centers, such as one in Bismarck, because its addiction program is not licensed for the type of care that requires special training and physicians able to prescribe anti-addiction medicines.

“There’s a lot of regulations that have to be met,” Sys said. “It’s not to say it’s not something that may happen in the future, but it is going to have to be the distant future because there’s a lot of work involved to try to put a program together.”

Trinity does have eight beds for detoxification and offers in-patient care, residential care, partial hospitalization, out-patient care and individual sessions. In high risk cases, in which seizures or breathing difficulties are concerns, addiction patients may end up in intensive care. Trinity also has an after-care program of five months or more for people who complete treatment.

Trinity’s first contact with people battling drug abuse sometimes is through the emergency room, and often these patients are uninsured.

“Typically those who go through the emergency room are those that are seeking help,” Sys said. “They are wanting to seek treatment, but they know they aren’t going to be able to do it on their own.”

The average residential stay is three to four weeks before moving into out-patient treatment.

Minot sees a spillover effect from the Williston area, which lacks Minot’s detoxification and residential facilities and has had more difficulty in recruiting adequate numbers of medical providers and addiction counselors.

Although numbers vary from week to week, Gotvaslee estimated that a third of Minot’s residential beds typically are filled with patients from out of the region.

Gotvaslee said beds are made available on a first-come, first-served basis, whether clients are from within or outside the region. Exceptions are intravenous drug users and pregnant women, who must be served within 24 to 48 hours under federal grant regulations.

The pressure on the system has remained bearable, though, providers say. Trinity, the regional centers and private providers, along with the State Hospital in Jamestown are adapting to new, heavier caseloads.

Linda Berdahl, who operates Cornerstone Addiction Service, said she has taken on a busier schedule, putting in longer hours to accommodate the increased demand for services. She and her husband also provide classes for young people directed by the courts to obtain drug and alcohol education.

Trinity has adapted by adding additional out-patient and after-care programs.

North Central hasn’t had to change its services, other than to increase its outreach hours for therapy, Gotvaslee said.

Alex Schweitzer, director of field services at the State Hospital, said the hospital used to staff for 85 percent occupancy as recently as five years ago. Now the hospital is nearly full much of the time.

Staffing for the increase in patients and clients is a challenge across the state, but especially in the west.

Schweitzer said statewide, as of about Feb. 19, there were 11 full-time equivalency positions open in addiction services in the state’s regional centers. The centers are budgeted for 87.5 positions.

North Central, with 11 FTEs on staff, had 1.5 positions open. Northwest, with 6.5 FTEs, had nearly half, or three FTEs open.

“The department is working on a number of initiatives to fill these positions,” Schweitzer said. “We put into place in January a recruitment and retention incentive program.” Read more “Minot Daily News”…