A connection between endogenous amino acids and opioid receptors may offer a clue as to why people relapse. 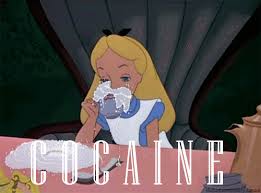 A study published in the advanced online edition of the journal Neuropsychopharmacology on June 19 has identified organic amino acids in the form of peptide chains that are directly involved in initiating a cocaine relapse.

Authored by a team led by Rafael Maldonado, director of the Neuropharmacology Laboratory at Pompeu Fabra University’s Department of Experimental and Health Sciences in Barcelona, Spain, the researchers have highlighted the role of specific components of the brain’s opioid system in cocaine relapse.

Although cocaine is not an opioid per se, the way the drug affects the brain is controlled by the brain’s opioid system. This system directly affects the brain’s reward circuits that play an essential role in addictive processes. The continued use of cocaine results in the alterations in the expression of some of the system’s components. As the endogenous opioid peptides and receptors are affected by the addiction, the direct result can be a greater likelihood of an addict relapsing on cocaine.

“Our study has demonstrated that endogenous peptides that act on mu and delta opioid receptors play a role in cocaine relapse,” Maldonadosaid. “However, our research also suggests that the opioid peptides derived from the precursor protein prodynorphin seem to play the opposite role of that of the identified peptides.”

As opposed to human testing, researchers employed a mouse model of cocaine relapse implemented at the Neuropharmacology Laboratory. By the genetic deletion of endogenous peptides and their interaction with the brain’s opioid system, the researchers were able to remove the desire of the mice to use cocaine once their addiction had been initially removed. The results of the study are impressive because the researchers believe that the mouse model has a high predictive value.

The identification of these new neurobiological mechanisms and the manner in which they regulate the desire of the brain’s reward centers for cocaine opens the door to future studies. If such mechanisms can be modified in the human brain, would the problem of cocaine relapse be thwarted to a certain degree? The ultimate goal is the development of new therapeutic strategies to prevent relapse in addicts in treatment for cocaine addiction. If effective, such specific strategies could apply post-treatment as well to foster sustainable long-term sobriety by removing the desire to relapse. Article Link “the fix”…