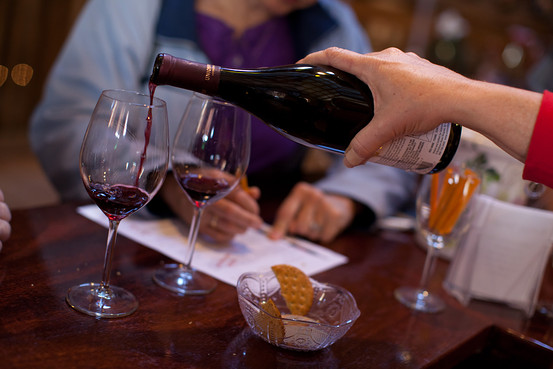 New Jersey politicians seem to have drinking on their minds these days, with the legislature taking up a number of measures to relax laws over how alcohol is bought and sold in the state.

Not all of the liquored-up lawmaking is happening in the capital. As the Journal reported Friday, the dry town of Ocean City has set a public referendum on allowing a “bring-your-own” wine and beer policy at some restaurants.

In Trenton, lawmakers are pushing forward a bill that would expand the sale of beer and wine in supermarkets. Under current law, a supermarket owner can get a license to sell liquor in two stores — a restriction that includes statewide chains. The bill would expand the number of licenses by a number still being negotiated by lawmakers, and supporters hope to pass it by the end of June.

“New Jersey’s antiquated liquor licensing laws are behind the times. This legislation will move our state into the 21st century,” said Democratic Majority Leader Lou Greenwald, the bill’s primary sponsor in the Assembly.

Greenwald said he supported the change, in part, to help bring a supermarket to Camden and other “traditionally underserved communities.” Liquor sales can support the businesses during the transition into difficult markets, he said.

The supermarket legislation comes on the heels of a new law allowing the direct shipment of wine to New Jersey residents from small wineries. The measure was staunchly fought by liquor retailers, but Democrats muscled it through and Republican Gov. Chris Christie signed it.

Another bill introduced this year would allow craft beer breweries to increase their production, to 10,000 barrels a year up from 3,000.

Elsewhere in the region, Massachusetts Gov. Deval Patrick signed legislation in November allowing a phasing in of more supermarket licenses to sell alcohol after tense negotiations with the liquor lobby. And Connecticut Gov. Dannel Malloy is pushing to end that state’s ban on Sunday alcohol sales.

For its part, the Christie administration also appears to be supporting some degree of change. The governor appointed a new director for the state Division of Alcoholic Beverage Control last month.

The former director, Jerry Fischer, opposed the wine-shipments bill when it was considered last year, according to a person familiar with the lobbying for the legislation. Fischer declined to comment on why he was replaced.

His replacement, former Fair Haven Mayor Michael Halfacre, is seen as more open to reform, the person said. In a statement after his appointment, Halfacre said he wanted to “strive to make our division more efficient and user-friendly to both the public and alcoholic beverage industry.”

Still, the reforms in New Jersey have been met with protests from liquor retailers and wholesalers, who worry that new ways to buy alcohol threatens their livelihood.

“This bill will continue to put the smaller retailer in a more difficult position,” said Assemblyman Joseph Cryan, a Union County Democrat who has been the most outspoken critic of the changes.

The booze battles have caused an uptick in political spending from the industry. Lobbyists representing the beer and wine industry spent $640,500 in New Jersey last year, up by 15% from the $556,900 spent in 2010, according to an analysis of state Election Law Enforcement Commission records. The industry also made $500,325 in contributions to individual lawmakers and state political committees last year, the records show.

The largest chunk of the lobbying money was spent by associations representing liquor retailers and wholesalers.