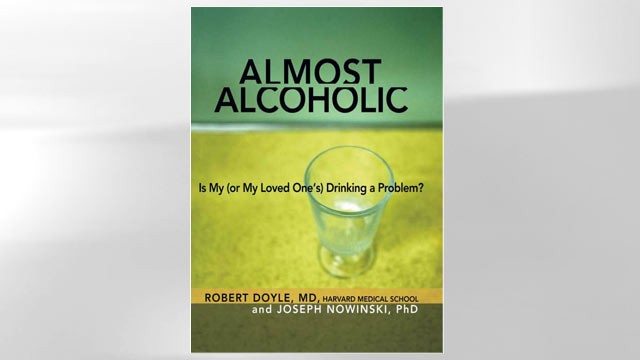 Many people live with physical conditions such as prehypertension or prediabetes that are not quite full-blown illnesses, and a new series of books argues that the same is true of mental health conditions.

Millions of people may be suffering from an “almost” psychological problem, but have no idea they are affected or what to do about it. The “almost effect,” the books argue, is a very real phenomenon.

The first book in the series, “Almost Alcoholic,” outlines the key signs that someone might be suffering from almost alcoholism, such as drinking despite negative consequences, looking forward to drinking, drinking alone and drinking to blunt emotional or physical pain. The book will be published next month.

“We have two goals,” said Dr. Julie Silver, an assistant professor at Harvard Medical School and chief editor of books at Harvard Medical Publications who developed the idea for the book series. “One is to alleviate the pain and suffering going on right now, and two is to try and prevent more severe problems later.”

One of the biggest problems almost alcoholics face is the serious toll their drinking has on their loved ones.

“The father who comes home from work, is stressed and drinks to alleviate stress, ends up getting tired, goes to bed earlier and isn’t all that helpful to his wife, helping with the kids, isn’t as present for his wife and kids as he needs to be. This is really impacting their ability to function,” Silver said.

Dr. Robert Doyle, a co-author and clinical instructor of psychiatry at Harvard Medical School, told ABC News that while he can’t put a number on how many, he regularly sees “almost alcoholics” in his practice.

“There is a tremendous number of people who have alcohol problems and almost all have gone through the gray area of the scale,” he said. “So almost everyone who’s at the far end had some experience in the ‘almost’ range, and if we can bring some awareness to that, we might be able to help them make some health lifestyle changes.”

One key criterion that distinguishes almost alcoholics from alcoholics is the development of tolerance, meaning an alcoholic has to drink more to experience the same effect. Often, however, it’s more of “a gray line,” Doyle said.

Someone who has developed tolerance should seek alcohol detoxification or a formal treatment program, he said. Detoxificiation is the cessation of alcohol along with the use of drugs that will prevent withdrawal symptoms.

But the almost alcoholic is different, he explained. They can address their problem by assessing their life and how their drinking is affecting it. They can attempt a variety of solutions, including social support, changing routines and abstinence if nothing else works.

“Almost Alcoholic” Label Can Be Useful

Experts who treat alcoholism say by identifying people who are close to being alcoholics, the book is helpful in raising awareness of what constitutes problem drinking.

“Alcoholism is a progressive disease and it is always preluded by problematic drinking behavior,” said Dr. Jason Hershberger, chief of psychiatry at SUNY Downstate Medical Center. “Problematic drinking is common, more common than full-blown alcoholism, and once identified, it can be helped.”

“It is good for people and their friends/relatives to recognize the signs and symptoms or alcohol abuse and addiction, so that they may be able to influence someone before they get into trouble,” said Dr. Robert Gwyther, professor in the department of family medicine at the University of North Carolina at Chapel Hill School of Medicine.