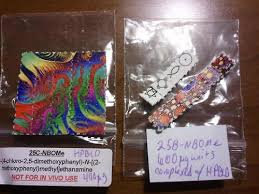 PHOENIX — A drug marketed as an alternative to LSD or mescaline could be among the most powerful and potentially deadly of the synthetic drugs that have inundated the market in recent years, police and physicians believe.

A 19-year-old from the West Valley was in a medically induced coma for four days after taking the drug, a synthetic hallucinogen known as “n-bomb,” and would have died if he had not received treatment when he did, according to a physician.

Scottsdale police are investigating whether the deaths this year of two 18-year-olds are linked to the drug.

“That is certainly a possibility, based on what witnesses are telling us — that either this drug is involved, some variant of that,” said Sgt. Mark Clark, a Scottsdale police spokesman. “Certainly, when anyone becomes deceased from a possibility of any of these new drugs that are out there, we are obviously concerned.”

The first case in Scottsdale involved an 18-year-old high school student who died in late January after taking what he assumed was LSD.

In the January case, Noah Carrasco lost consciousness shortly after taking the dose, administered through nose drops. An onlooker thought Carrasco simply needed to get some fresh air and sleep it off, said Carrasco’s mother, Susan Wadsworth.

A friend drove Carrasco around for a while but later became more concerned and took Carrasco to the hospital.

“He’d been dead already at least for a couple of hours,” Wadsworth said. “They didn’t know that that’s what they were taking. My son was not a reckless person. He decided to try what he thought was acid, and obviously I didn’t know this at the time. But he would never have tried something he knew was that dangerous.”

Clark said it’s the same story with all the synthetic drugs. Whether they’re marketed as synthetic marijuana, cocaine or ecstasy, there is no reliable way to know what they are made of or how the body will react.

Ignorance about the drugs stretches from the streets to the crime labs, where scientists have to try to determine what substances are present in order for investigators to know what they’re dealing with.

“One of the problems with all these drugs is that we don’t know how they extract out of blood and how to recover them,” said Vince Figarelli, superintendent of the Arizona Department of Public Safety’s crime lab, where analysts have seen a couple of n-bomb cases.

“With most of these, there are no clinical trials,” he said. “These weren’t designed or approved for ingestion for medicinal purposes. There are no tests done on human subjects for us to rely on, or to go in and do an analysis of blood on the back end.”

The drug was first synthesized in 1991 by a Bay Area chemist and was banned in the United States in 2012, said Dr. Frank LoVecchio, a physician at Banner Good Samaritan Medical Center who co-authored a report on the unnamed 19-year-old’s case.

A Drug Enforcement Administration spokeswoman in Phoenix said investigators nationwide believe the drug is sold online and most often imported from foreign markets. She said the substance gets the street name “n-bomb” because of the series of chemicals that are key ingredients: N-BOMe.

The active chemical in one popular version of the drug is referred to as 2C-I, but other variations of that chemical have been found as chemists attempt to avoid the federal government’s ban on that ingredient.

The variations are a particular concern to Scottsdale police, Clark said.

“What you have is some amateur chemists who are trying to change the formulation of a drug that’s been declared an illegal substance to try to stay ahead of the law,” Clark said. “Kids — and it’s mostly kids who are taking this — need to understand that this chemical variant could be changed by a very, very little bit and it can prove to be very harmful. Just because someone says that it’s safe or someone says that it’s acid, everyone’s metabolism is different.”

The effort to sell n-bomb and its variants as drugs similar to LSD or mescaline is nothing more than a marketing gimmick, LoVecchio said.

“They act very similar to methamphetamine,” LoVecchio said. “Except this lasts longer, (has) worse fever (and) longer seizures.”

The 19-year-old patient that LoVecchio treated was brought in after taking the drug, sold as “smiles,” at a party. He suffered from seizures shortly thereafter, according to the medical report.

Physicians could not stop the seizures, so the teen was placed into a medically induced coma. For the next four days, physicians treated the teenager with a battery of drugs, attempting to bring him out of a coma each day only to have the seizures resume.

“The agitation and hallucinations resolved on hospital day five,” the report states, and the patient was sent home the following day.

Two weeks later, he was still suffering from episodes of forgetfulness, according to the report.

Only a handful of fatalities have been reported nationwide, and physicians at Banner Good Samaritan wrote a report in February about the drug’s effects on the 19-year-old, framing it as one of the first laboratory-confirmed cases.

LoVecchio said he has since seen similar cases, but he was not aware of any deaths linked to the drug.

A law Arizona Gov. Jan Brewer signed in April makes it illegal to possess one of the backbone chemicals in the drug and helps to ensure that the variants are illegal too, Figarelli said.

But it is a near-constant race for investigators to keep up with chemists who try to stay in front of the changing legal landscape when it comes to synthetics, according to investigators, making it more difficult for police to identify and spread the word about potentially lethal drugs that are making their way on the market.