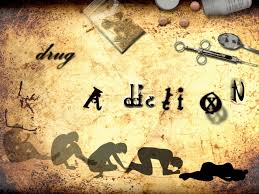 Rachele Morelli never thought her son would become the poster boy of heroin addiction in Westmoreland County when he died in February from an overdose.

She’s done newspaper interviews and has appeared on Pittsburgh television stations and on CNN in August, preaching about the increasing rate of drug-related deaths in the county — 100 since January.

Using her money and donations, Morelli made a documentary about her son’s spiral into heroin addiction that began with prescription pain medication after surgery.

“The Jonathan Morelli Story” will be screened on Tuesday in Ferrante’s Lakeview on Route 30 in Hempfield. The film was produced by North Shore Productions in Pittsburgh.

The film features interviews with friends of her son, who was a student at Hempfield Area High School, along with county Detective Tony Marcocci; Coroner Ken Bacha; drug treatment specialist Tim Phillips of Westmoreland Community Action; Haley Flores, a recovering addict; and Carmen Capozzi, whose son, Sage, died of a heroin overdose. Capozzi started Sage’s Army to support addicts and their families.

Morelli produced 1,000 copies of the film and has invited officials to attend. Only Norwin responded, she said.

Hempfield Area School Superintendent Andy Leopold said no decision has been made whether to air the film or attend the screening.

“I think it’s premature to even think of a decision,” he said. “I’m not sure how that’s going to portray the school. I’m not ruling it out until I get a better idea of what the contents are.”

Schools, where some of the biggest drug problems are, have been slow to respond to the drug crisis, said judges, police and treatment specialists.

Gary Tennis, secretary of Drug and Alcohol programs in Harrisburg, notified every school district in the state about a no-cost drug awareness program proven to stem drug abuse in adolescents by providing teachers with specialized training.

Only 50 of Pennsylvania’s 501 districts signed on to the program, Blueprints Life Skills Training.

Fourteen of the participating schools are in Western Pennsylvania.

Only one district in Westmoreland County — Greater Latrobe School District — is participating in the program administered by the University of Colorado and funded by the Annie E. Casey Foundation.

The county is in the midst of a public health crisis, according to officials. Last year there were 78 drug overdoses. The coroner’s office said there have been 72 so far this year. Article Link…