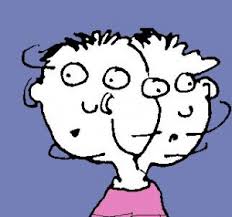 Government researchers are reporting an uptick in emergency room visits among young adults taking stimulant drugs without a doctor’s prescription.

In a majority of those cases, CBS News chief medical correspondent Dr. Jon LaPook says people were taking drugs normally prescribed to treat attention deficit hyperactivity disorder (ADHD) despite not having a prescription.

According to the new report from the Substance Abuse and Mental Health Services Administration (SAMHSA), nonmedical, stimulant-related emergency room visits among people ages 18 to 34 skyrocketed by 300 percent over a six-year period. In 2005, there were 5,605 ER visits from people taking stimulants for non-medical reasons, which increased to 22,949 visits in 2011.

The report only looked at prescription and over-the-counter drugs, and not illicit stimulants like cocaine. About 30 percent of incidents occurred when the drugs were combined with alcohol.

“We must raise awareness of this public health risk and do everything possible to prevent it,” Dr. Elinore F. McCance-Katz, chief medical officer at SAMHSA, said in a statement.

Similar to performance-enhancing drugs in sports, some — especially college students — mistakenly believe medications like Adderall offer a leg up against the competition in academic settings.

Adderall is an amphetamine prescribed to treat ADHD and narcolepsy. The drug has a paradoxical, calming and focusing effect on people with ADHD. But it is also known as a “study drug” among those who use it illicitly. Students say the drug helps them concentrate for extended periods, stay awake longer and better organize their work. As these purported benefits gain more attention, so does its use on campuses.

“For people who do have ADHD, it can be life-changing, so we’re not talking about those people who really do need it,” Dr. LaPook said. “But people who are just taking it because they think it can improve their performance on a test, they’re just playing Russian roulette.”

Taking the drug without having ADHD can pose health risks, even after a single use, according to LaPook. Adderall used incorrectly may cause nausea, anxiety, insomnia, headaches, palpitations and dizziness.

LaPook points out that amphetamine-based ADHD drugs carry a “black box warning” from the Food and Drug Administration due to risk for addiction and rare but serious side effects, including possibly fatal heart and blood pressure problems, stroke and death. Read More…