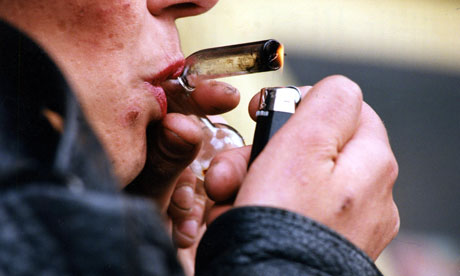 There are estimated to be at least 1.5 million people in the UK who are significantly affected by their relative’s serious drug use. While attention has rightly focused on helping people to recover from drug dependence, the needs of their family are often overlooked.

Chris and Kath lived with their son’s heroin addiction for 12 years before he died of an overdose. While Ian’s death was heartbreaking, his lifestyle had been devastating for the whole family. When Ian became the centre of attention, Chris and Kath’s other children lost out. The family also had to cope with drug dealers at their house demanding money and paid thousands of pounds of their son’s debts. Throughout those 12 painful years, Chris and Kath felt that few people were interested in helping them. They had no opportunity to meet others in a similar situation, and their attempts to become involved in Ian’s care were resisted by those treating him.

New research – published on Wednesday by the UK Drug Policy Commission, an independent body set up in 2007 to provide analysis of UK drug policy – examines the help available to people like Chris and Kath. We found that while some services are available, provision is patchy and the number of people receiving support is low compared with the numbers affected.

National drug strategies have increasingly recognised the impact of substance misuse on family members, and policies and services have developed to meet some groups’ needs. But the emphasis has generally been on helping “troubled families” and children affected by their parent’s substance use. Supporting these groups is important, but adult family members who are affected by a drug-using relative also need help, both in their own right and to support the treatment of the drug user.

Even where services are available to these adult family members, there are challenges. Many people providing support for relatives with drug problems do not see themselves as carers and do not realise that help may be available. They may be so focused on their drug-using relative that they do not recognise their own need for help. Some people may be reluctant to expose themselves to the potential stigma attached to having a relative with a drug problem.

Much more assertive promotion of services – through GPs, carers’ organisations, the internet and local information portals, for example – is needed if services are to become accessible to all who can benefit from them.

Concerns about client confidentiality and historical attitudes that saw families as part of the problem are also an issue, as they have led to a tendency to exclude relatives from the treatment process. It is now recognised that involving families can improve treatment, and some services are becoming more inclusive of families. This good practice should be spread more widely.

The significant growth in drug recovery services over the last decade has improved lives. We now need increased awareness of the issues faced by family members, so that this group is identified and provided with a wide range of support, as soon as possible.

Names have been changed