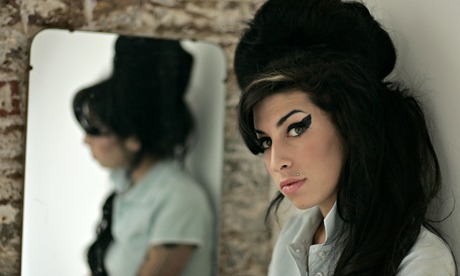 She blazed a trail during her rollercoaster life and now, even in death,Amy Winehouse will be changing people’s lives.

The foundation set up in the late singer’s name will launch a five-year programme tomorrow to take former drug users and alcoholics intoschools, giving pupils the chance to talk openly about addiction issues with people who have experienced them first hand.

Amy’s father, Mitch, admitted that the decision to start rolling out the programme was born partly from frustration with the government’s reluctance to make addiction issues a compulsory part of the national curriculum, something that he feels would have benefited both his daughter and himself.

“Just after Amy passed away we went to see the Department for Education and the Department of Health and we spoke to them about getting the drug and alcohol education on to the school curriculum, and they really felt there was no necessity for it,” Winehouse said. “They felt there was adequate education on that subject in schools, but there isn’t. There are very good, well-meaning people out there, but it’s on an ad hoc basis and we decided that, rather than wait for the government to galvanise itself into some kind of action, we would take the first steps.”

The impact of the programme, which has been tried in two pilot schemes in Hertfordshire, will be assessed by Harvard University. It will go into 50 schools and potentially reach 250,000 pupils over its duration. Backed by a £4.3m grant from the Big Lottery Fund, it will draw on the clinical expertise of Addaction, the respected drug and alcohol treatment charity, and will link to the NSPCC’s Childline, which will provide confidential support. “I hope it makes people sit up and think,” said the Big Lottery Fund England director, Dharmendra Kanani. “There is unbelievable brand value that is provided by the Amy Winehouse Foundation. It provides a real opportunity to win the hearts and minds of young people, because they can relate to someone from their living memory. It’s very powerful.”

Some 250 volunteers, all former alcoholics and addicts in recovery, will deliver life-story “share” sessions and conduct workshops on issues such as self-esteem, peer pressure and risky behaviour. “The Department for Education felt that it was inappropriate that people in recovery should be delivering the message,” Winehouse said. “They wanted the local policeman or the head nurse or the headmaster to deliver it. But they are totally the wrong people to deliver that kind of discussion. Kids wouldn’t listen to them, and so we started formulating our plans about three months after Amy passed.”

The initiative is the latest from the foundation, which funds a number of projects, including children’s hospices, three scholarships at the Sylvia Young Theatre School where Amy studied, and a homeless shelter.

But Winehouse said he thought that the schools programme would be his daughter’s lasting legacy and that the results from the pilot projects had been “quite staggering”.

“Initially the schools we went to didn’t think they had a drug or alcohol problem, but very quickly, unfortunately, they found that they did, just as most schools do. We find that 40% of kids in schools struggle with alcohol or drugs – if not themselves, somebody close to them in their family – and the other 60% have issues such as body self-image, self-harm and bullying. We’re calling it the Amy Winehouse Resilience Programme because it’s not just looking to tackle alcohol and drugs but all these other things that affect young people today.”

Winehouse said the idea was to build up a body of evidence that could be shared with other schools in the future – and, crucially from his own experience, with parents, so that they were better informed.

“I know as a parent I was apathetic and when my daughter was struggling with these problems I thought initially that it would go away. I thought it didn’t affect my family, but it did.” Winehouse said he struggled to find a way of reaching out to his daughter. “I would be shouting at Amy and pretending I was having a heart attack,” he said.

He expressed fears that too many parents were, as he was, ignorant of the issues. “We had a parents’ meeting the other night in a school in London. When we speak to the kids in school there is 100% attendance and you can hear a pin drop. But in this school, which potentially had 3,000 parents, only 20 turned up. That’s the crux of the problem: there is incredible apathy among parents.”

Simon Antrobus, Addaction’s chief executive, praised the role played by the foundation in getting the programme up and running. “Then, and now, we’ve been hugely impressed with their commitment to addressing the lack of decent drug education in our schools and how they have campaigned for more and more pupils to benefit from this effective programme,” he said.

Winehouse is in no doubt what his daughter would think about the initiative. “I know exactly what she would say,” he said. “She talks to me in my mind and I know she’s proud of what we’re doing. She loved kids, loved young people. She would be thrilled.” Article Link…