Only those who have prior felony drug convictions will have random tests. 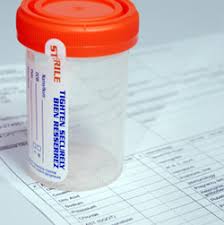 County officials complain the new rules are time-consuming and will affect a very small number of people.

The testing requirement, added as an amendment during the 2012 legislative session, passed with little debate. County officials say it apparently was based on a misperception that many welfare recipients are using illegal drugs.

“I don’t think anyone is under the illusion that this is about saving taxpayers money,” said Heidi Welsch, director of family support and assistance for Olmsted County told the Minneapolis Star-Tribune. “This is punitive.”

In the past, those applying for cash assistance and other benefits were asked to identify whether they had been convicted of a felony drug offense, but few did so.

The new law requires the Minnesota Department of Human Services to notify each county after state officials identify people receiving welfare benefits who have been convicted of a felony drug offense.

Stearns County, a county with more than 150,000 people where St. Cloud is located, has 44 names on its list, said Janet Goligowski of the county human services department.

Counties are required to put random drug testing of those people in place, Goligowski said. However, the state Legislature did not specify what “random” means, so the policies likely will vary from county to county.

The testing applies to people who receive Minnesota Supplemental Aid, General Assistance and the Minnesota Family Investment Program, about 167,000 people. Statewide, 1.62% of people on those programs had a felony drug conviction in the past 10 years, according to state records. That compares to about 1.2% of the general population.

At least nine U.S. states have passed legislation regarding drug testing or screening for public assistance applicants or recipients, according to Rochelle Finzel, director of children and families program of the National Conference of State Legislatures. Some apply to all applicants while others include language that specifies officials must have a reason to believe the welfare recipient is engaging in illegal drug activity or has a substance abuse disorder.

The American Legislative Exchange Council, a business-backed group that writes model bills on hundreds of issues for its network of state legislators, has supported this issue across the country.

In Minnesota, if an aid recipient tests positive, that person could face sanctions depending upon the program, Goligowski said. They also can pass a second drug test within a month to clear their record.

If a person fails to appear for a drug test without good cause, he or she will lose eligibility because of lack of cooperation. Two failed drug tests result in permanent disqualification for aid.

The requirement has meant significant additional work for the county, she said. The Legislature did not provide any money with the new requirements, so counties have to pick up the additional costs.

In neighboring Sherburne County, the probation office will handle drug testing, said Cathy Stubbs, income maintenance program supervisor in the county human services department. The expense depends on which test is run, but a typical five-panel screen costs $15 with additional amounts for each confirmed drug.

She said she anticipates that the number of tests conducted in her county of 90,000 people will be low. The quarterly report the county received from the state in October included eight names, and the number is expected to drop in future reports.

“I don’t see that it will be a large dollar amount for our department at this point,” Stubbs said. Article Link…