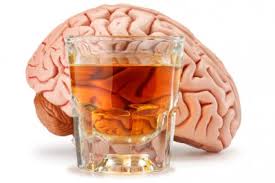 Alcoholism can destroy a liver. Heroin needles can spread HIV. And cocaine can stop a beating heart.

But addiction finds its home in the brain.

“Every drug of abuse has its own receptors that it acts on,” said addiction specialist Dr. Joseph Beck, head of the addiction program at Ingalls Memorial Hospital in Harvey.

“What they all have in common is stimulation of the ventral tegmental, which stimulates dopamine. That’s what links drug use to reinforcement.”

The National Institute on Drug Abuse explains that brains are wired to ensure people repeat activities, such as eating, by associating the activity with pleasure or reward.

“Whenever this reward circuit is activated, the brain notes that something important is happening that needs to be remembered and teaches us to do it again and again, without thinking about it,” according to the institute. “Because drugs of abuse stimulate the same circuit, we learn to abuse drugs in the same way.”

Drugs hijack the reward circuit, flooding the system with dopamine, which causes a high, according to the institute.

“Some people take drugs and hate it and never do it again,” Beck said.

Most people would be turned off by the agitation, sweating and “bugged-eyed” effects of cocaine, he said.

But trying a drug multiple times can lead to disruption. The hedonic tone — that is, the level of pleasure from doing something — throws dopamines out of balance, he said.

In a young person’s brain, the damage can be irreversible.

“When it’s done, it’s done … to an extent,” Beck said. “It might get better, but there is some significant difference. Drugs, if you’re a child, can modulate brain growth.”

The teenage years are when alcohol or drug use is often overlooked.

“We don’t do many interventions for 17- to 22-year-olds because mom and dad think it’s a phase,” interventionist Kevin Lee said.

Parents who dabbled in drugs or alcohol when they were young think their child is going through the same experimentation. But when people experience consequences and do not change their behavior, those are signs of addiction, Lee said.

In the population she treats, Parks sees a lot of heroin and alcohol addiction.

“Two years ago, there was an increase with bath salts,” she said. “That seems to have died down now.”

She could not pinpoint the reason, whether there is a decrease in use or whether those cases are referred less often for care, she said.

“The gateway now is the pills in their mothers’ cabinet,” he said. “When they can’t access that anymore, they turn to heroin very early. It’s less taboo for them because of the prevalence.”

In addiction recovery, family is key.

“We’re all about teaching the family how to deal with addiction,” Kevin Lee said.

His brother was “jumping” in and out of rehab. The treatment worked, but the family’s role wasn’t clear.

“We kept setting him up for failure,” he said. “Family members are enablers.”

Kevin Lee said his company teaches families how to set boundaries and give tough love.

“Our goal is to help the family learn what they need to learn to get that person sober long-term,” he said.

“On average, it takes seven or eight attempts for adults to maintain sobriety long-term,” Parks said.

A lot of the treatment offered through her department is based on Alcoholics Anonymous and Narcotics Anonymous.

“The 12-step model is as successful as any treatment modality,” Parks said.

Lee said there are not many options in the greater Chicago area for long-term inpatient rehabilitation. Situating them in places like California and Florida is intentional.

“It’s easier to entice someone to Florida and palm trees and get away,” he said.

Some people can quit cold turkey without peer support, but the 12-step model helps with accountability, Parks said.

“The first step is accepting it’s an illness,” Parks said. “Unfortunately, denial is a big part of the illness.” Article Link…