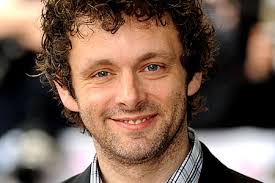 The belief that drink and drugs stimulate artistic creativity is a myth, Hollywood star Michael Sheen has warned.

Sheen – at the peak of his career having appeared in blockbusters like Twilight and Tron:Legacy and portrayed the likes of Tony Blair and David Frost – says he has seen the damage drug and alcohol misuse can have on those in the film industry.

So he has readily agreed to become the patron of a tiny Welsh charity, the West Glamorgan Council on Alcohol and Drug Abuse.

This week the group will be staging the Pili Pala Festival – a celebration of Welsh music and literature – in Swansea.

Sheen, who is from Port Talbot, has thrown his support behind the event, which, uniquely for a music festival, also includes a designated no-alcohol zone.

The 44-year-old, who recently split from long-term girlfriend, actress Rachel McAdams, believes there is a major problem surrounding the glamorisation of drink and drugs.

“I think a very dangerous myth has grown up around the relationship between artistic creation and substance abuse,” he said.

“The idea that drugs and alcohol are necessary in order to be creative is totally unfounded and, in fact, in the long term leads to creative stasis.

“For any worthwhile creative endeavour, there has to be a delicate balance between discipline and spontaneity. Spontaneity and the letting go of control that it requires can too often be associated with drugs and alcohol and can indeed be a short cut way to finding a more uninhibited approach to art.

“Unfortunately, the cost very often tends to be an inability to find the discipline that is required for that balance.

“A lot of the great romantic stories about hellraising actors and other artists very often tend to be overstated and appeal to people who have no real experience of what it takes to operate at a high creative level.”

Sheen said he first encountered the charity while staging The Passion – his spectacular 72-hour epic staged in Port Talbot over the Easter weekend in 2011.

“I was very impressed and moved by the work they were doing and the courage of those they were working with,” he said.

“Together, they were changing lives. When I was asked if I would consider becoming a patron, I was hugely honoured and could think of no better organisation to be associated with.”

Sheen is now calling on people to change their attitudes to organisations working in the areas of addiction and mental health issues.

“There is still a huge amount of stigma attached to these organisations, I think, partly because of misunderstandings, wrongful representation in the media and fear.

“A lot of these things can be changed through greater awareness and understanding of the realities surrounding these issues.

“Fear is always the greatest enemy of progress and empathy. There is so much to learn from the work that is being done in places like [the charity].

“Lessons that go far beyond addiction. It is about the very nature of change and the possibilities for personal development.”

The award-winning actor says attitudes in the UK are diametrically opposed to those in the US.

“Living in Los Angeles, as I have done for the last 11 years, I have become aware that this city is probably the single greatest concentration of addiction recovery organisations in the world,” he said.

“There is far less stigma attached to them here and the accessibility and availability of treatment and help is really quite extraordinary.

“It shows how large scale a problem addiction is in our culture, but also goes to show just what can be done to address that problem.” Article Link…