Singer Matt Cardle has reportedly checked himself into rehab after apparently becoming addicted to prescription drugs. 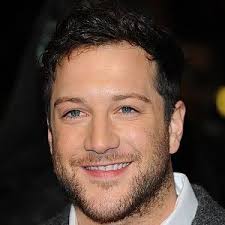 The 30-year-old entered The Priory clinic yesterday for a 28-day programme to tackle a dependency on temazepam and Valium, according to The Sun.

A source told newspaper: ‘Matt is all over the place at the moment. His last two albums have done well in the charts, but the amount of work he has had to put in has been unreal – and it all started to get too much for him.

‘In order to calm himself down he started taking Valium and then temazapam, but things got so bad that he couldn’t get up without taking the pills.’

Matt has not yet commented on the reports, but yesterday wrote on Twitter: ‘Never in my life have I ever needed the soothing sounds of Sir David Attenborough as I do right now…. Thankyou David. #thDA #planetearth’

Earlier this month the former X Factor winner, who released his third album Porcelain in October, was forced to reschedule a concert after bursting a blood vessel on one of his vocal chords. Article Link…