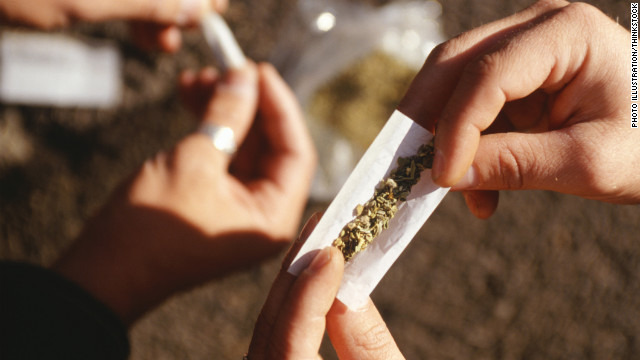 We hear a lot about the hazards of drunk driving, but here’s something else to put on your radar: A study in the British Medical Journal found that marijuana nearly doubles the risk of vehicle collisions.

Researchers conducted a systematic review of nine studies on the subject of marijuana and driving accidents, which incorporated almost 50,000 participants.

Among impaired drivers, fatally injured drivers, and motor vehicle crash victims, marijuana is the most prevalent illegal drug that has been detected, according to theU.S. National Institute on Drug Abuse.

Drivers who have recently smoked marijuana may follow cars too closely, and swerve in and out of lanes, Asbridge said.

It’s not unusual for young people to go to a party and give the “designated driver” responsibility to the person who uses marijuana, Asbridge said.

“There clearly is a lot of misconception about the extent to which cannabis impairs performance,” he said. “People just don’t believe it.”

As with alcohol, cannabis has different effects on different people. People metabolize cannabis in different ways.  Some inhale more than others.

The effects of cannabis tend to wear off within three to four hours, whereas alcohol can mess your thinking up longer. Depending on how much you drank, you may not be able to drive for up to 12 hours after you finish drinking.

If the driver is 35 or younger, there’s a higher likelihood of marijuana consumption leading to collisions, previous research has found.

There’s not enough information known about the effects of marijuana doses on collisions – in other words, what level of cannabis in a person’s system correlates most with crashes.

And Asbridge’s conclusions are based on observational studies, meaning there were no controlled conditions imposed to look at the effects of marijuana.

One problem in some of the existing research is that there was no measurement of cannabis within two to three hours of driving. Inactive metabolites of THC, a chemical found in marijuana,  can be present in urine for weeks or even a month after usage; marijuana usage so long ago would not affect driving performance or collisions. So Asbridge’s group looked only at studies where there was a recent measurement. They also looked at studies that looked at both drivers who used marijuana and those who did not to compare the collision rate.

To deter marijuana usage just before driving, there is roadside testing for cannabis in Australia, western Europe and the United States, Wayne Hall of the University of Queensland in Australia said in an accompanying editorial.

Hall called for further research to evaluating the impact of roadside drug testing on preventing driver deaths connected to vehicle accidents and cannabis use.