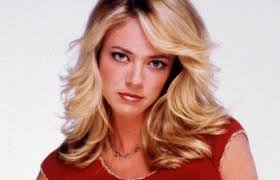 Lisa Robin Kelly, the That 70s show actress who died on Aug. 14 of last year, died as a result of multiple drug intoxication, according to an autopsy report.

Lisa Robin Kelly Cause Of Death

At the time of her death, Kelly was in treatment at a California rehab facility. She’d voluntarily checked herself in earlier that week with the help of a boyfriend to combat an ongoing problem with alcohol addiction. When she’d paid a visit to a doctor on the day she entered rehab, her BAC registered at .34.

“Lisa had voluntarily checked herself into a treatment facility early this week where she was battling the addiction problems that have plagued her these past few years,” Kelly’s rep Craig Wyckoff said in a statement upon learning of her death. “I spoke to her on Monday and she was hopeful and confident, looking forward to putting this part of her life behind her. Last night she lost the battle.”

Initially, Kelly’s death, which occurred while she was sleeping, was determined to be the result of a cardiac arrest. While the autopsy report reveals that it was due to an accidental drug overdose, the drugs in the former sitcom star’s system have yet to be revealed.

After Kelly was replaced in the role of Eric Forman’s sister by Cristina Moore – due in part to her problems with alcohol abuse – she frequently found herself in trouble with the law. She pled guilty to a DUI charge in 2010 and was arrested on suspicion of a DUI in June 2013. In 2012, she was twice arrested for domestic abuse – once against her husband Robert Gilliam and once against ex-boyfriend John Michas. Article Link…