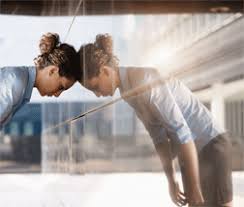 HUNTINGTON – Falling in love. Hugging your grandchildren. Going for a run. Demonstrating your skills on the job.

These create dopamine in the brain, the chemicals which remove anxiety and replace it with happiness.

In a state where the rate of psychological distress is higher than the national average (12.73 percent, compared to 9.2), more people are seeking that release, and in increasing numbers, they’re turning to dangerous substances, said Randy Housh, who spoke at Tuesday’s Regional Health Connect Meeting at the Big Sandy Superstore Arena Conference Center.

Housh has worked extensively in the field of social services, behavioral health and nonprofit management for more than 29 years. His discussion Tuesday was on some of the psychology involved in drug addiction and recovery.

“Why are people using? Because they’re in psychological distress,” said Housh, who works now as the grants and business development specialist for Seneca Health Services Inc.

“You say, ‘We have kids who are addicted, and they weren’t traumatized.’ How many of you realize today that kids aren’t very resilient? They’re not. Their coping skills are not good. They’re smart. They’ve got all the knowledge, but they don’t have the wisdom … I know about kids – I’ve got six. I raised them the best I could. I gave them this speech all their life, but we have a counterculture fighting everything we tell them.”

He said that marijuana is more dangerous of a gateway drug than many people realize. Some don’t see a problem with marijuana because they smoked it in the 1970s and it didn’t hurt them, he said. But the national average of the THC content, which is the primary psychoactive ingredient in marijuana, in the 1970s was less than 2 percent, he said. Today, it ranges from 6 to 13 percent, he said, “and laced with God knows what.

“In the 70s, you could smoke your brains out … Today, you’re going to have significant transformation of your brain,” Housh said. “We’re in psychological distress and people are using to deal with that and self medicate, and we as a community need to know that because we need to have services that help supplement what they don’t get in life and they get from the drug, that euphoric dopamine release. We have to find ways to supplement that experience.”

He praised Gov. Earl Ray Tomblin’s efforts to organize the statewide Substance Abuse Advisory Council and the six regional task forces that in the past few years have had a total of 96 meetings involving 4,000 people. The results of those meetings have been funds toward needed programs, involving things like drug take back, physician training on prescription drugs, detox and recovery centers, inpatient and outpatient recovery services and more. The state allotted more than $7.5 million toward recovery efforts that were grassroots ideas from each region, he said.

“Treatment works. People do recover, but we as a community have to provide the essential supports for that, and there’s no better place for that than the community,” Housh said. “We have to have executive leadership, and I’m here to tell you that Gov. Tomblin has taken that role. He has … He has put his money where his mouth is.”

Those who want to help must first understand what addiction is, Housh said. They need to embrace their role as a change agent, a mentor, advocate, teacher or coach, he said. They don’t need all the answers, but they need to ask the right questions, he said.

“I want to seek things that make me happy but don’t kill me … I want it to turn it into something I can offer to humanity,” he said. “We all do something to get that but we have to teach people to get what they need from healthy things and in appropriate measure … Some people run. The best thing to produce dopamine and counter depression is exercise. Laughter, family – look at all these positive ways. When you break up with the drug, you have to reconnect with someone who gives you what the drug was giving you – the experience that produces those chemicals in the brain. That’s what recovery is.”

Change is not a destination, but a process, he said.

“Create relationships and stability in people. Be part of the long-term answer,” he said. “The things that you need in life every day to be successful are the same things they need. They need a reason not to go smoke weed or get loaded or shoot up heroin. They need a reason, and this community needs to be that reason.”

Believe in people who have trouble believing in themselves, he said.

“When these individuals get into recovery and heal, our community will heal,” he said. Read more…