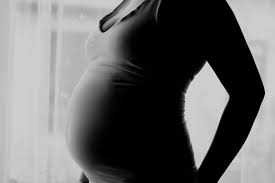 A federal lawsuit is challenging a Wisconsin measure that allows the forcible confinement of pregnant women who use illegal drugs or alcohol “to a severe degree” and will not accept treatment. The law is known as the “cocaine mom” act.

The law was adopted in 1988, The New York Times reports. Minnesota, Oklahoma and South Dakota also have laws that grant authorities the power to confine pregnant women for substance abuse, the article notes. Many other states force women into treatment programs, or punish them for taking drugs, under child protection, civil confinement or criminal laws.

Alabama has applied a “chemical endangerment of a child” law, designed to protect children from meth labs, to prosecute about 100 women whose babies tested positive for drugs. The law has resulted in several new mothers being sent to prison. Earlier this year, the Alabama Supreme Court upheld use of the law from the moment of conception.

In more than 20 states, courts have blocked the use of criminal child abuse or related laws against pregnant women.

The suit against the Wisconsin law says the measure deprives women of constitutional rights including physical liberty, medical privacy and due process. The suit argues the law scares pregnant women away from prenatal care, resulting in more harm than good.

Dr. Cresta W. Jones, an obstetrician and a fetal medicine specialist at the Medical College of Wisconsin who sees many women with histories of drug or alcohol abuse, agrees. “The women are scared to come in if they have dependency problems,” she said. “When you allow them to be honest you get better outcomes in their pregnancies.”

The American College of Obstetricians and Gynecologists stated that “incarceration and threat of incarceration have proved to be ineffective in reducing the incidence of alcohol or drug abuse” and that requiring testing and reporting cause women to avoid prenatal care that “greatly reduces the negative effects of substance abuse during pregnancy.” Article Link…