Allegedly an innocent pain reliever, Kratom turned out to be as addictive as Vicodin and Adderall. 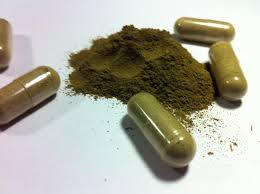 I was proud of myself for turning down the Vicodin the doctor offered me. I work in a warehouse as a stocker, and the repetitive motions and the heavy lifting of boxes were acutely aggravating my carpal tunnel and a torn-rotator-cuff injury. The doctor told me to file for workers’ comp, but I, like many others, was afraid to for fear of losing my job. I’ve been told many times that corporations can’t legally do this, but nevertheless, I’d heard too many stories of people getting fired for innocuous reasons shortly thereafter. So, instead, I took the lowest milligram of Suboxone, 2 mgs, cutting the strip into four pieces.

Suboxone is a partial agonist—meaning it only fills the opiate receptors in your brain halfway, therefore not producing euphoria. It’s usually used to detox patients off opiates, but it also has the advantage of being an efficacious pain reliever. In fact, it is very popular in Europe where people take about .60mgs for pain. I would also intersperse it with Tramadol, a very weak acting opioid. I kept this routine up for about six months, careful to not take anything on the four days I was off, to ensure I wouldn’t get physically addicted. But I did notice a discernible change in mood and energy on the days I wasn’t taking anything. I just felt off. And I didn’t like feeling this way. So guess what? I decided I had to take something every day, just to feel “normal.” And, by doing that, I became, once again, physically addicted to opioids.

So now I had a drug problem. A very slight one, mind you, in comparison to where I’d been before. At one point, when I was a crazy alcoholic, I was taking 32mgs of Suboxone while drinking two-fifths of vodka a day (a real no-no mixing alcohol with subs due to the synergistic effect—it should have killed me—mystery indeed, I’m still here). But just the idea of being physically addicted to anything bothered me; I’d been there, done that and the thought of going through withdrawals again was an unpalatable prospect indeed.

At my wits end, someone suggested I take Kratom to detox off the synthetic opiates I was on. I’d never heard of it. So I read up on it. Apparently, Kratom, known as Mitragyna speciosa, is a deciduous evergreen that grows naturally in Southeast Asia and has been used for centuries for “an uplift in mood” and pain reliever. Even though it is not considered an opiate, it does affect the “mu” (opiate receptors) and has stimulant properties as well. Until it was banned in Thailand, in 1945, the leaves were chewed by peasants working the fields to give them energy while relieving pain. I read up on Kratom, and there were so many positive posts and articles about it. People saying it was a miracle drug: that it relieved their anxiety, depression, and, of course, pain. And the best thing about it? It was non-addictive. The withdrawals as harmless as coffee, people would write.

Looking back, I should have also read the negative posts and articles about Kratom, but since I was so desperate to get off the pills, I purposely ignored them. I’d also read that it was becoming popular in some rehabs: that they were detoxing patients using Kratom. And furthermore, they even had Kratom/Kava Kava bars in South Beach, Florida, where NA people and recovering addicts would go to socialize and drink Kratom and Kava Kava tea.

So I went to my local smoke shop, and a handsome, polite Chaldean, welcomed me warmly. I told him I was trying to detox off pills and he smiled widely, and said: “Oh, we have so many people that come in for that. You came to the right place. We have the best Kratom in San Diego. You’ll be off those pills in no time.”

So I asked him how many I should take and he replied: “About 10 pills.”

So I followed his advice. And wow! I was able to get through my shift easily: no pain, and I had so much energy. And then there was that undeniable feeling of being wrapped in a delicious blanket of contentment, better known as “euphoria.” But then the tolerance started to set in. I noticed that 10 pills weren’t doing it for me anymore—I had to take 20. Then, it was 30, and finally 40 to 50 pills a day. Kratom is expensive, too; I’d just bought myself a $30-a-day habit.

Oh, how I’d have to invent stories of where the money was going to my befuddled husband. “But I just gave you $200 for groceries two days ago. Why do you need more money?” he’d ask. I’d lie to him and say things like: “Well, my insurance has changed now and they are charging between $20 to $50 for scripts that previously were only $5. (Which was true. The best lies are the ones that are half-truths. Sure, some had gone up, but not at the prices I was quoting him.) Or, I’d go shopping and tell him a bag that cost $50 had cost $200. These lies got me out of a lot of trouble with my husband. But finally, I was feeling so guilty and shameful, I finally confessed to him where the money was really going. He was staggered. He knew I took Kratom and thought it was harmless…but now to find out his wife was lying her way into an expensive habit was so disappointing to him.

And, I noticed due to my astronomical tolerance, if I missed a dosing, I’d start to sweat profusely, causing people to ask me if I was okay. I’d also get serious panic attacks. Once, I found myself inventing an excuse at a social event, telling the hostess I needed to go buy some cigarettes and I’d be right back. I dashed off to the nearest smoke shop and bought Kratom instead. But when I came back, the hostess asked if she could bum a cigarette. Ugh. I was forced to utilize my proficient lying skills by saying: “You know, I got to the 7/11 but then, suddenly, I had this epiphany: about how I was killing myself with tobacco, and decided right then and there I was going to quit smoking. If I’d known you wanted one, I would have bought a pack. Sorry.”

I made a promise to stop January 1st. I detoxed off Kratom using ironically, Tramadol. I titrated down and was alas, drug free. Then I cut my shifts from 10 hours to only five a night, eradicating most of the pain I was in. But then, I did that ridiculous thing that some of us know only too well: I decided since I hadn’t taken any Kratom for at least a month and was opiate-free, that it would be okay to do a little. Well, in a matter of a couple of weeks, the cycle started up again, and I ended up in the same place: taking 40-50 pills a day. I was so disgusted with myself. I tried to detox twice on the four days I was off, not using any substitutes either, like Tramadol or Suboxone. But it never worked.

By the time work came around, I still wasn’t sufficiently detoxed, and I’d have to take some Kratom just to be able to move. Seriously. off Kratom, I felt like a 95-year-old lady with osteoporosis. Finally, an ex-heroin addict at work gave me some germane advice. She said: “Look girl, I don’t know anything about Kratom, but it’s obvious you can’t just detox off it in four days. You need more time than that…at least two weeks.” So I took her advice and called in sick, which gave me 12 days. Surely that would be enough time to get off this stuff, I thought.

It was supposed to be such an innocent drug…it couldn’t be that hard to get off. Withdrawal symptoms from Kratom are usually heavy sweats, hot and cold, but I had that covered with Clonidine. Insomnia is another symptom but I got plenty of sleep by taking benzos that were left over from my prodigious pill-popping days—despite the fact they were five years over the expiration date. I suffered no nausea or diarrhea either, because I had plenty of Imodium (the only anti-nausea drug that’s effective, because it works on the opiate receptors in your stomach). But there were two things I wouldn’t be getting out of: one, were the excruciating aches and pains. Walking across the room was a task of epic proportions. Doing the dishes was as big a deal for me as working a 10-hour shift of heavy labor. The second thing was my energy level: it was a big fat zero! After day 10, I was still not getting any better.

Finally, I threw the proverbial towel in: I got another script of Tramadol just to be able to get to work. I took only two and was instantly transformed into an energetic, happy, productive person. I decided to finally read the negative posts written by people withdrawing from Kratom, and if was evident that some were in sheer agony, saying the withdrawals were worse than heroin.

I will never take Kratom again. I happen to be a very liberal person, and believe in the “harm-reduction model.” But I’ve got to say Kratom is essentially Vicodin and Adderall in a crushed leaf form. If you take it here and there, in small dosages, great; it’s legal, and you don’t need a script. And it is a formidable pain reliever. But be careful. Withdrawing from large dosages of kratom for an extended period of time (I took it for five months) is not as harmless as caffeine withdrawal. I’ve stopped coffee cold turkey numerous times and there is no comparison: kratom is the indisputable King of Misery. Article Link “the fix”…