The catwalk queen would take up to three grams of cocaine in a session – between 20 or 30 big snorts – and down a bottle of vodka, a shocking new book claims 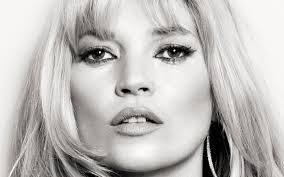 Kate Moss used to put away so much drink and drugs in her wild days that she was nicknamed The Tank, a ­shocking new book claims.

The catwalk queen would shovel up to three grams of cocaine in a session – between 20 or 30 big snorts – and down a bottle of vodka, reports the Sunday People.

Friends used to call losing track of time with her as “getting Mossed” the book says.

Maureen Callahan’s Champagne Supernovas claims that Kate, now 40, once turned up at a party announcing: “Anyone want a f***?”

Yet the fashion icon whose early waif-like images were labelled “heroin chic” had been insecure about her looks, the author tells us.

Kate’s big breakthrough was in 1992 ­modelling for Calvin Klein with Mark Wahlberg.

But she had dreaded going topless.

Callahan writes: “Early in her career she’d ­considered getting breast implants but changed her mind once she began getting work.”

The author says Kate’s drug abuse began after she started dating Depp in 1994.

“In one sitting she could snort three grams of coke and drink a bottle of vodka.

“She put stuff away so hard and fast her nickname was The Tank.”

The end of their relationship was painful.

Callahan writes: “According to a friend, he told Kate she was ‘a crazy bitch’ and that they were done. ‘Johnny broke her heart,’ says the friend. She went mad. She was out of control on drugs and booze. ‘Sleeping around, doing more drugs,’ a friend says of that time.”

The book says: “Kate often slept with her friends’ boyfriends.

“Patsy Kensit forbade her then-husband Liam Gallagher from being alone with Kate after learning they’d spent the night together.”

Callahan also quotes a friend as saying: “She can drink anyone under the table.

“She’ll go out on a Thursday and come back on a Sunday. Anyone who tries to quit or dial back is a traitor.

In 2005 her career was in peril because of photos of her ­snorting cocaine in a recording studio while dating Pete Doherty.

But Kate, mum to Lila, 12, whose dad is magazine publisher Jefferson Hack, stayed ­successful and she is happily ­married to The Kills rocker Jamie Hince, 45. Article Link…